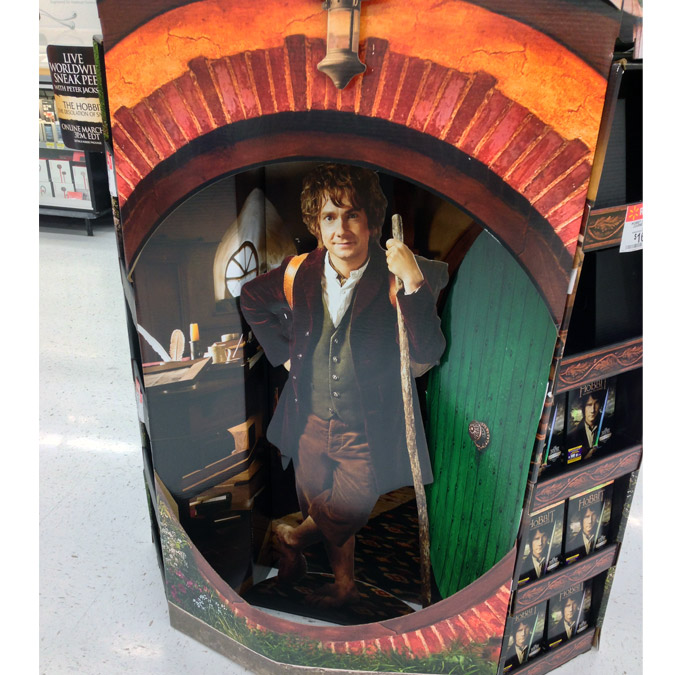 From Academy award-winning filmmaker Peter Jackson comes The Hobbit: An Unexpected Journey,” the first of a trilogy of films based upon the enduring masterpiece written by J.R.R. Tolkien in 1937. Released on December 14, 2012, the film was a smashing global success, recently crossing the $1 billion dollar milestone in worldwide box-office sales.

Led by title character Bilbo Baggins, the film is an epic adventure that once again takes audiences into the fantasy world of middle-earth where a spirited group of Dwarves battles to reclaim their stolen mountain home in the Kingdom of Erebor from the fearsome dragon Smaug. Chock-full of action and excitement throughout the film, moviegoers will watch the younger and more reluctant Bilbo Baggins gain possession of the gold ring that is tied to the fate of middle-earth which Jackson and his filmmaking team brought to the big screen in 2001-2003 with his award-winning blockbuster trilogy The Lord of the Rings. 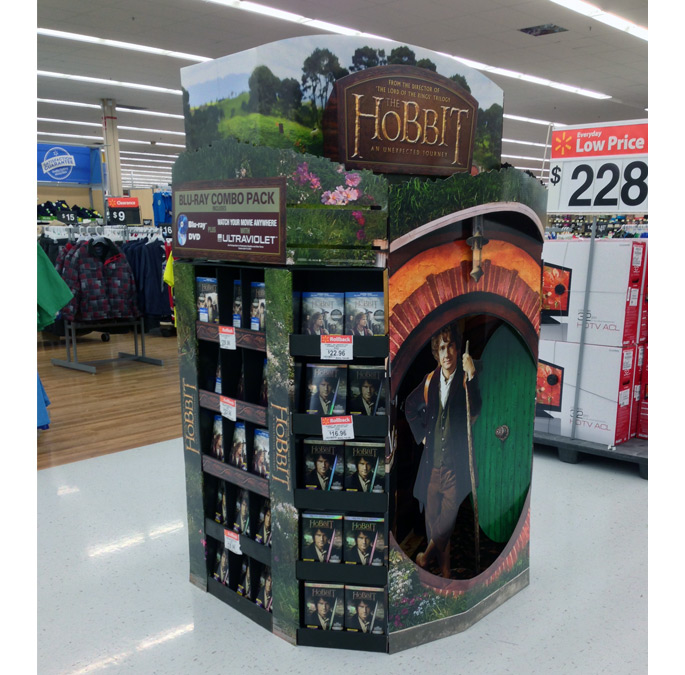 Just making its way into retail stores on March 12th, The Hobbit is now available from Warner Bros. Home Entertainment on Blu-ray, DVD and on Digital Download . All disc versions feature UltraViolet and more than 130 minutes of bonus content. Walmart, one of the many retailers supporting the launch, recently debuted a very cool floor display that merchandises the DVD and Blu-Ray Combo Packs.

Commanding instant recognition, the eight-sided display was decorated with wrap-around graphics depicting serenne country images of the Shire, Bilbo’s home away from home. On two opposing sides, shoppers could find a dimensional die-cut of Bilbo standing in his doorway, ready to head out on his big adventure. Boasting at least 70 sku pick-point (product facings), the display was easily able to service multiple shoppers and attract attention from several vantage points in-store.

As a follow-up to 2013’s Man of Steel film, Warner Bros. Pictures released their second installment in the DC Extended Universe series with Batman v Superman: Dawn of Justice on March 25, 2016 across the U.S.. Dawn […]