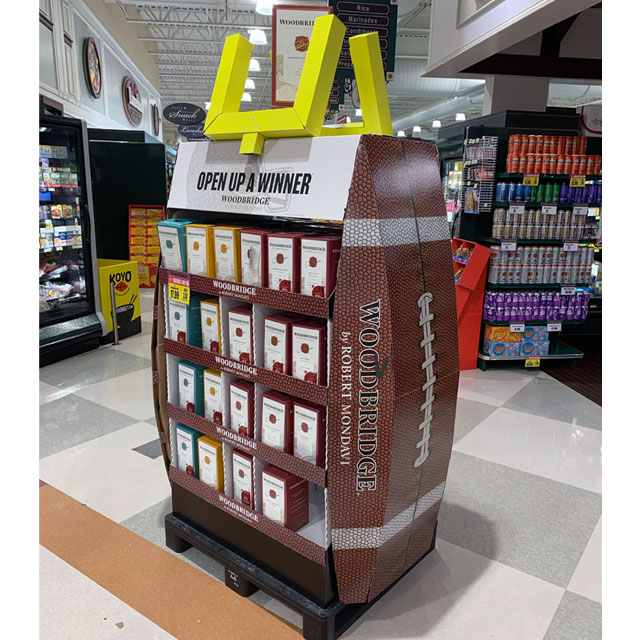 Open Up A Winner

US wine brand Woodbridge by Robert Mondavi recently kicked off a football campaign to help promote three of its most popular boxed wines. Back in 2019, Woodbridge was named as the official wine partner of three National Football League’s (NFL) franchises – Chicago Bears, New York Giants and Los Angeles Rams. In addition to the NFL, the brand also has partnerships with Major League Baseball (MLB).

Woodbridge chose to support its brands with this football-shaped pallet display. The off-site activation shopped from two sides and sported two field goal posts on top which served as a visual beacon for shoppers from afar.

Check out some other Woodbridge displays

Hope you enjoyed our images. Feel free to contact us with any display images you would like to have uploaded into our gallery.   Walmart – Days Until Easter Standee Target – Fun For Everyone End […]

One of Buckeye Corrugated’s DTC wine clients was looking for packaging to replace the traditional molded shippers in the spring of 2020. The pulp used to make the shippers was one of the many materials […]