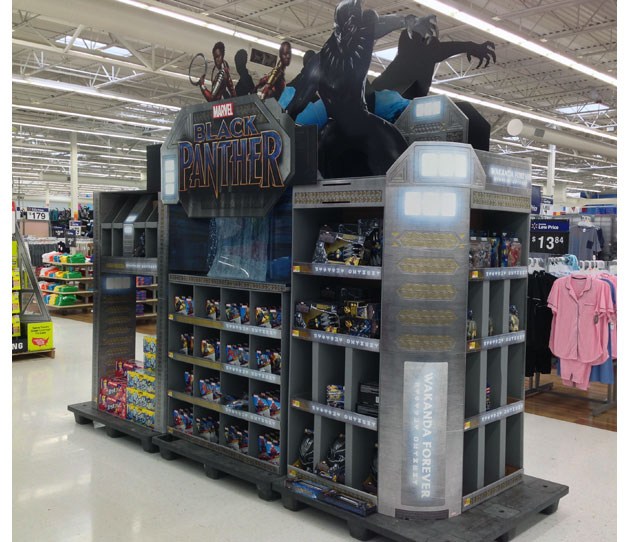 Released theatrically in the United States on February 16, 2018, Black Panther has hauled in one of the largest openings of all time, earning $192 million on its debut weekend. Black Panther is a 2018 American superhero film based on the Marvel Comics character of the same name.

To promote the movie in-store, Black Panther teamed up with Walmart to deliver this massive pallet display that merchandised mostly movie-related toys. In addition to its sheer size, the large die-cut characters perched on top of the display and the ‘faux’ lighting used around the copy areas were very eye-catching. 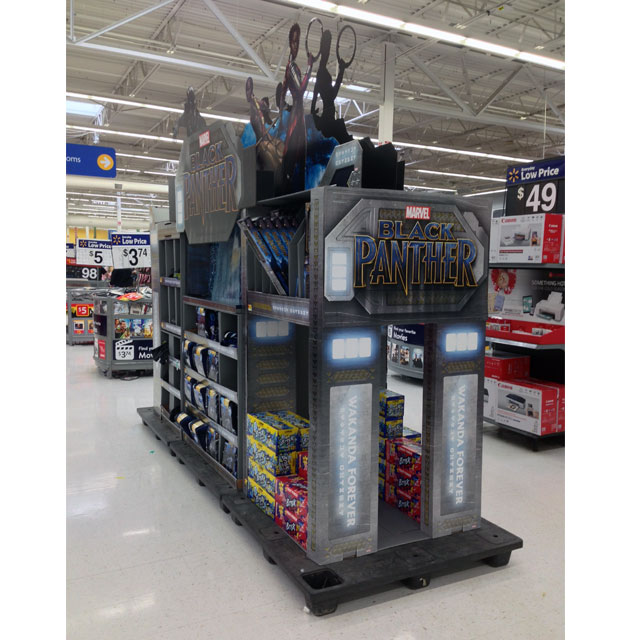 The stacked cases of Brisk juice drinks on this end of the display is part of an online promotion where movie fans could play an instant win game to see the Black Panther on the big screen.

Which Retailer Will Capture Toys R Us Market Share

November 22, 2018 Articles Comments Off on Which Retailer Will Capture Toys R Us Market Share

Retailers Aim To Pick Up Business From Defunct, Dying Rivals Toys R Us and Bon-Ton may be gone but they haven’t been forgotten. Companies like Target and online mattress company Casper are creating playbooks to […]

The Hobbit Floor Display Delivers an Unexpected Journey to Shoppers

From Academy award-winning filmmaker Peter Jackson comes The Hobbit: An Unexpected Journey,” the first of a trilogy of films based upon the enduring masterpiece written by J.R.R. Tolkien in 1937. Released on December 14, 2012, […]