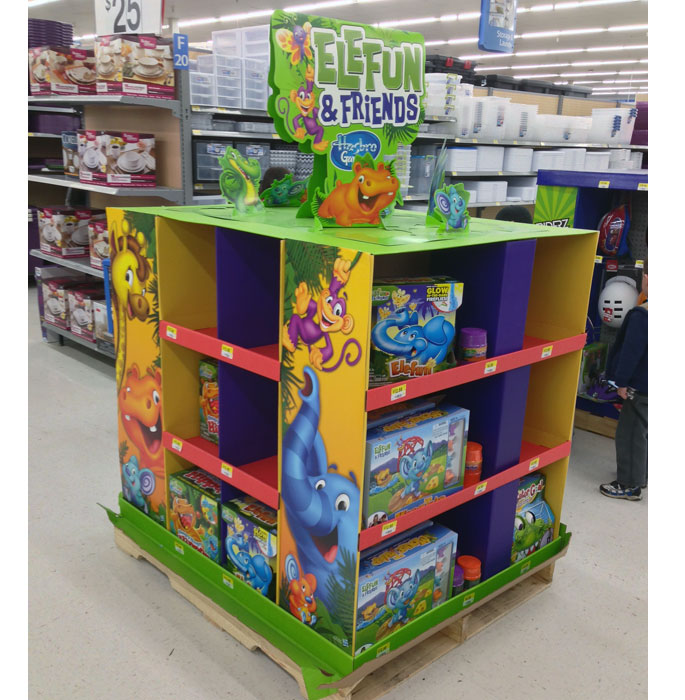 Hasbro recently launched a pallet display promoting several of their classic children’s games such as the wildly popular mouse trap and barrel of monkeys. Brightly decorated with vivid colors, this display presents the product well and can be shopped from all four sides. Nice to see an assortment of colors printed on the display, especially since they all work well with the large copy panels that have the game characters printed on them.

Now, onto the cool stuff. This pallet display was selected from several that were occupying aisle space in the toy section at Walmart. Scroll down to see why. 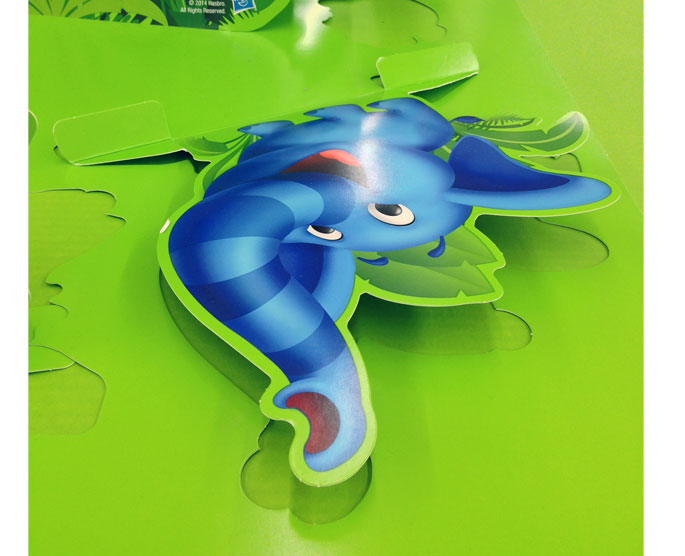 Having seen thousands and thousands of POP displays on store checks, the approach taken on the riser graphics is definitely a first for us. The two images above and below show how the entire top portion of the display was designed like a huge pop-up style book. One large flat sheet of printed SBS contained all of the characters which were die cut, enabling them to be ‘popped up’ and held in place with little wing tabs that were inserted underneath the sheet.

Although this riser does not follow the general rules as outlined in their style guide, it’s refreshing to see that the retailer gave Hasbro a thumbs-up to ‘pop-up’ with this unique design. The only minor downside with an assembly- intensive pieces such as this one, is that the game maker is relying 100% on the stores to construct the header which may create some compliance issues. With that said, still consider this idea an exceptional and clever approach that adds dimension and fun to the presentation at-retail. 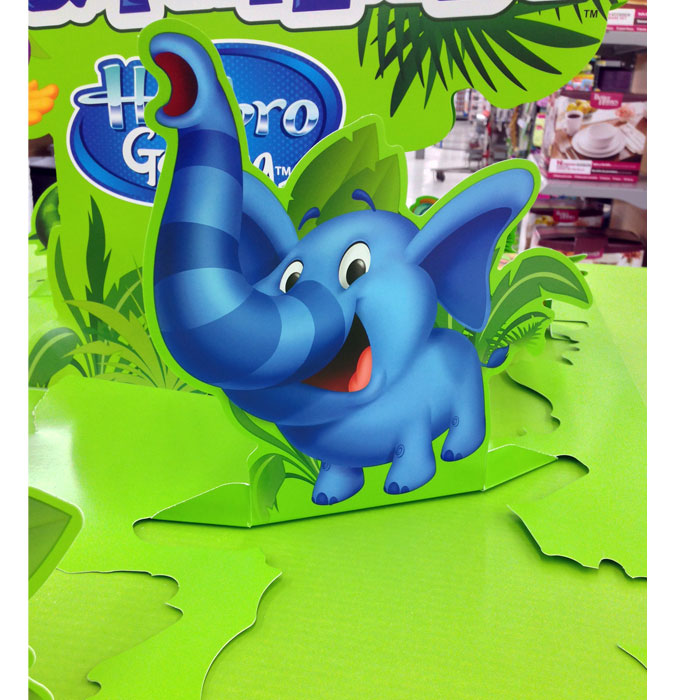 With the exception of returning presents, the holiday gift season has pretty much come to an end for 2016. As we finish up our year end activities, our staff would like to wish you and […]

Flying Interactive Baby Owl As children create their wish lists this holiday season,  there’s a good chance that many will want one of the hottest toys in 2019, the Owleez. Made by Spin Master, the […]