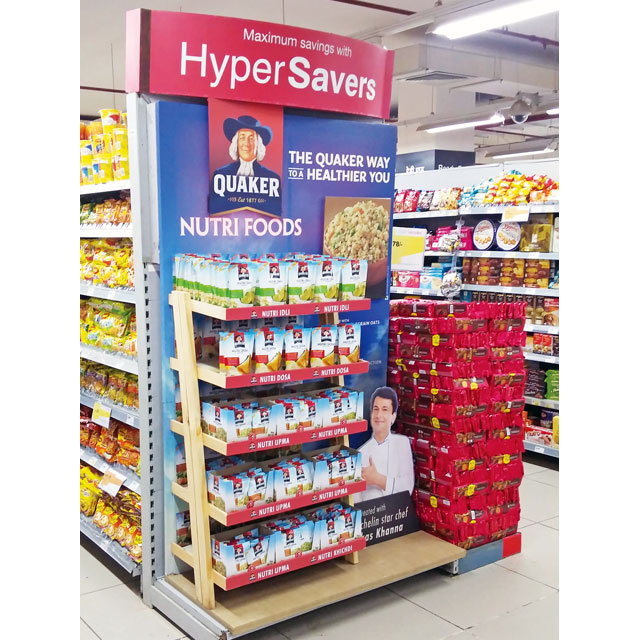 In the food category, Quaker is a well-established, international brand that has always been associated with a healthy profile using oat-based foods. In India, Pepsico wanted to diversify by incorporating oats into traditional Indian breakfast cuisine with preparations including Idly, Dosa, Upma and Khichidi. This is one of the major launches by Pepsico this year to promote their new variant Quaker Nutri Foods.

Gaurav Pareek from Pepsico shares, “As we are foraying into a new category, and bringing Quaker oats to familiar formats, ritualizing and Indianizing Quaker, to drive reach, consumption and relevance is the objective behind this in-store activity. It was important that our in-store activations clearly deliver the proposition. For the shopper marketing campaign, our brief to the agency was to create the units in such a way that they clearly stand-out at retail and communicate both the taste and nutrition benefits of the proposition”. 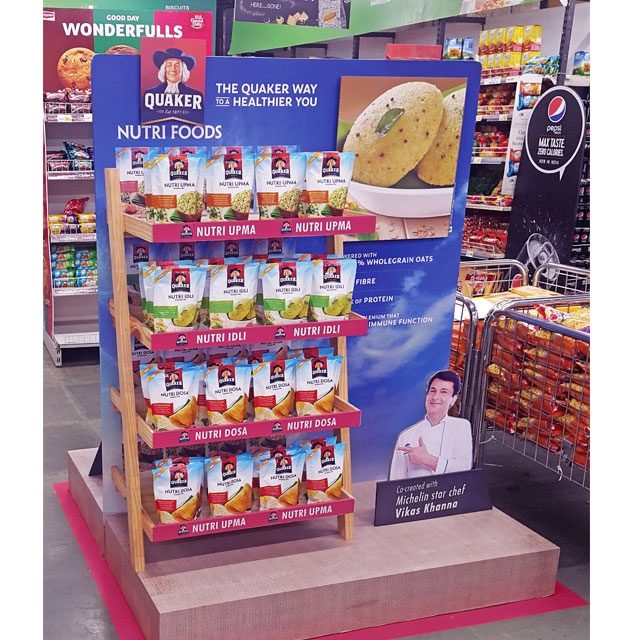 On the design and execution Balaji Murugesan, Director, SAB Creations shares, “The design was kept as simple as possible. The overall idea was to showcase the natural goodness of the product which is why we chose to use natural wood as the primary substrate. Other key factors such as brand communications and restocking were huge drivers for both sides of the aisle.”

Close to 200 Floor Stand Units were manufactured and deployed in outlets across India including metros and upcountry cities. The FSUs were one of the key elements for the launch and proved to be a definite winner in-store. The Island displays are the bigger version of the FSU and were created for select stores in HyperCITY, Spencer’s Retail, Big Bazaar and Heritage.

Smucker’s Helps Shoppers Discover What The Buzz Is All About

The J.M Smucker Company plans to introduce more than 100 new “clean” and “healthy” products in the coming year. A lot of the products are based around healthy alternatives driven by consumer demand. Mark Smucker, […]