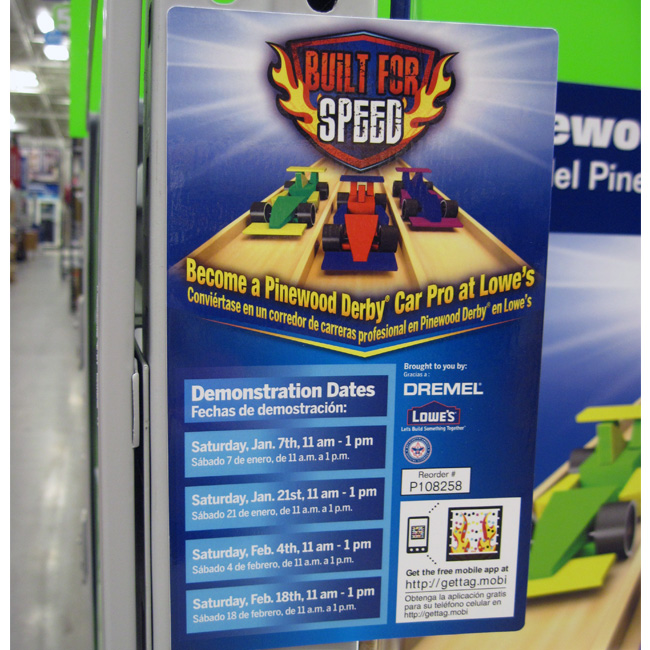 Lowe’s Home Improvement Stores were the site of several recently held clinics for the 2012 Pinewood Derby(R) Days Program which was sponsored by Dremel. Running from January through mid-March, these clinics featured experts who shared their tricks and tips with Pinewood Derby(R) enthusiast’s seeking to build the fastest car on race day. All attendees were given a BSA-approved badge and a 10% off Dremel coupon. End cap signage shown above featured a calendar of events and invited consumers to learn more by getting a free mobile app. 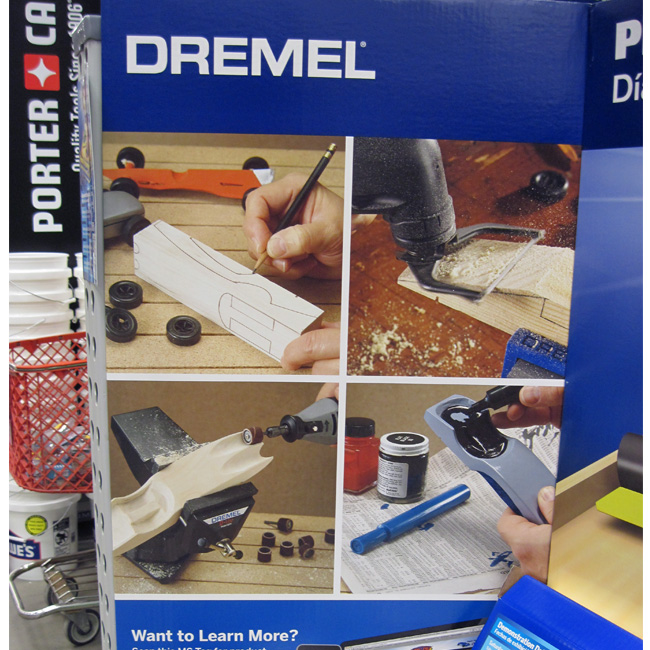 The Pinewood Derby (R) Days promotion was featured on a dedicated end cap at Lowe’s which included in-use signage and the opportunity to purchase Dremel products. The bold graphic above demonstrated how the Dremel line of tools can help racers build the ultimate race car. In addition to in-store activities, Dremel’s “Built for Speed” website offered car builders several patterns, tool tips and videos to assist them in the design phase. 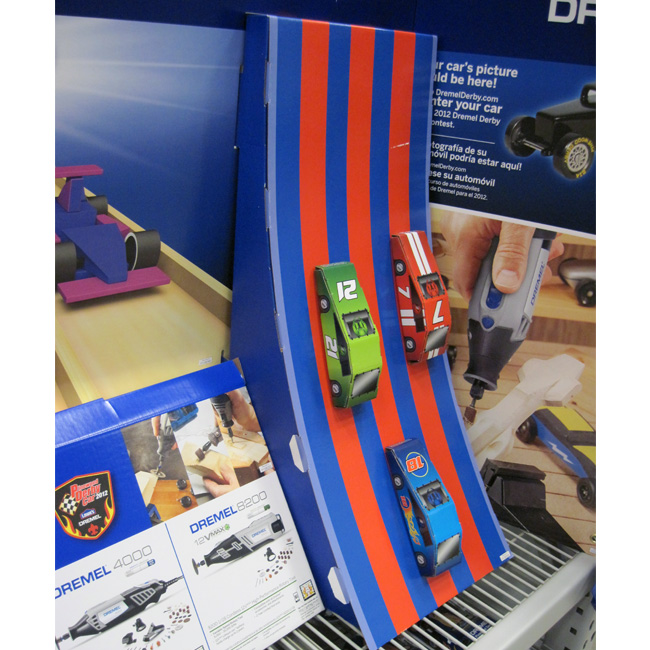 Adorning the right side of the end cap, a curved ramp replicating a derby track and three corrugated derby cars added visual interest and reinforced the Pinewood Derby theme. Another angled copy panel (behind ramp) highlighted a design contest which invited racers to submit their entries for a chance to have their car featured in every Lowe’s store in 2013, not to mention the opportunity to win free Dremel tools. 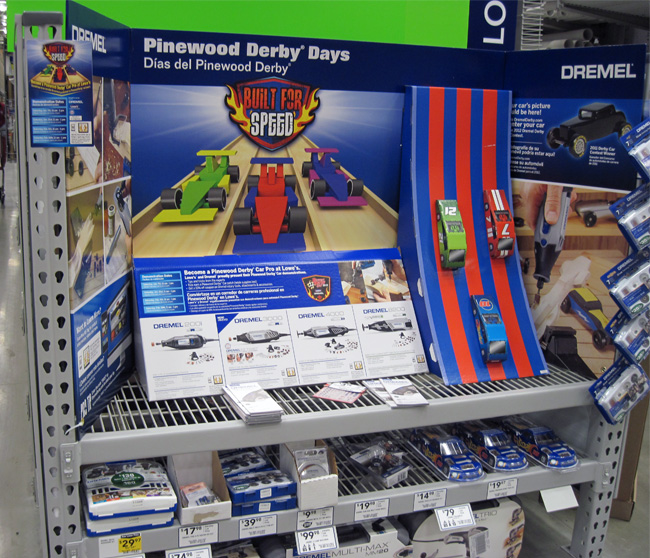 A complete shot of the Pinewood Derby (R) Days display reveals the various promotional elements in action (brochures, signage, demo panels and product).  This well exectued end cap provided a source for all of the materials and know-how to help racers build the ultimate derby car.

Product: The Rockwell Versacut (TM) is a powerful ultra-compact saw that lets the handyman tackle jobs with ease, comfort and control. Unlike conventional circular saws with retractable blade guards, the Versacut saw can be used […]

Founded in 1922, Werner Co. has been a market leader for industrial climbing products since 1963 when they first started producing their high-quality ladders. Considered the professional’s choice for ladders, Werner ladders are found on more trucks […]