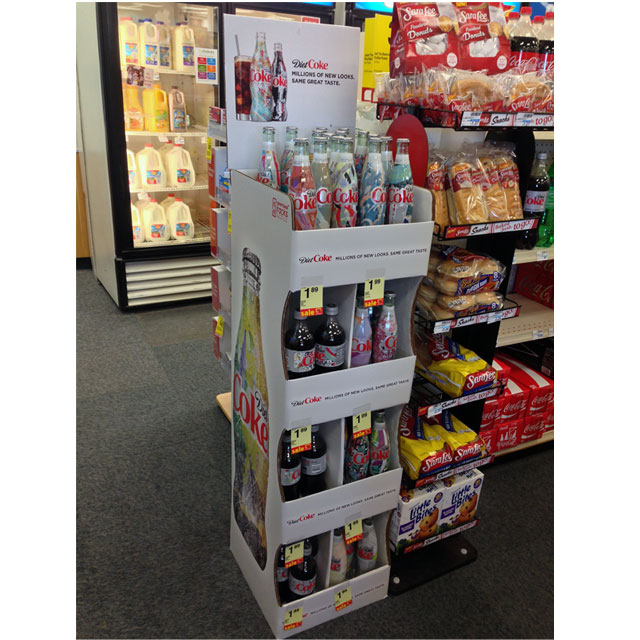 The campaign, called ‘It’s Mine’, hit store shelves in the U.S. earlier this year. These completely ‘one-off’ computer-generated bottles allow fans to celebrate their unique love for the brand as no two bottles are the same.

“Personalization and customization is a huge trend, obviously,” says Rafael Acevedo, group director of Diet Coke in North America. With Coca-Cola’s first major personalization campaign, Share a Coke in 2014, the company put thousands of people’s names onto bottles. The idea was that you’d spot someone’s name and want to buy them a Coke—and it’s an idea that worked, with measurable uptake in both short term sales and longer term brand loyalty. For Diet Coke, that concept got a tweak. “In this case, it’s more personal, “Acevedo says, “to have that sense that Diet Coke is giving you something no one else can have.”

The product can be purchased in the iconic 12-ounce Coca-Cola bottle (a first for the Diet Coke brand) for the next several months. In addition to the Diet Coke 12-ounce glass bottles, a select number of patterns will also be available on mini-cans, aluminum bottles and 12 & 16 ounce cans. 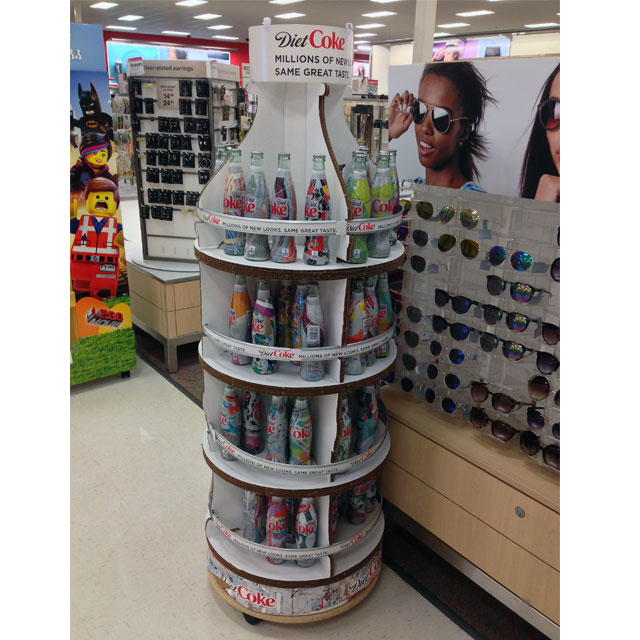 Yoodley Ready-To-Drink Round Floor Display Taking a hint from consumers moving away from sugary and carbonated drinks to more functional ones Indian FMCG major Dabur, made a splash in-store with this round floor display. Promoting […]

PepsiCo On Target To Hit $2 billion In Online Sales

October 8, 2019 Brands Comments Off on PepsiCo On Target To Hit $2 billion In Online Sales

It makes sense that struggling grocery store chain Kroger (KR) is reportedly kicking middle managers to the curb to cut costs. Because clearly, more people are shopping for food online — and probably at increasingly […]