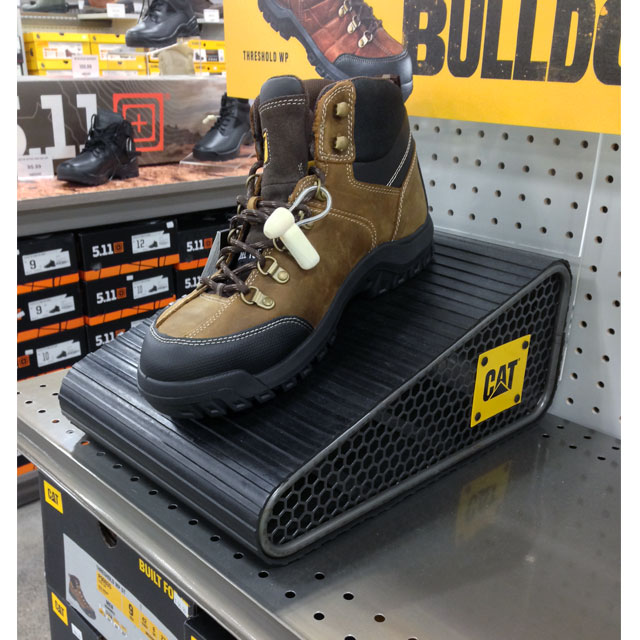 In 2017, Young & Laramore created a new campaign for Cat Footwear called Born from Bulldozers. The campaign compares Cat footwear with the tough, iconic yellow construction machines that are synonymous with heavy-duty work.

“Day in and day out, our goal is to empower the bold,” said Dani Zizak, Chief Marketing Officer at Cat Footwear. “We knew that in order to do so, we had to create a campaign that tonally would break through, while strongly resonating with our younger earthmover audience.” 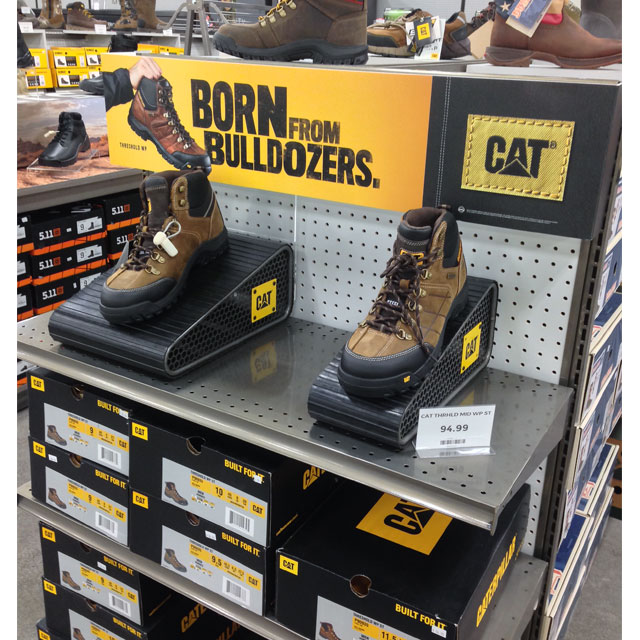 The campaign is still moving sales as was evident from this end cap display spotted at Gander Outdoors. The demo model boots were featured on rugged, angled ramps constructed out of punched metal sides that were wrapped with rubber, creating a machine-like appearance.

Step Into a Legend Boot Display

Sources for this article include:

January 1, 2020 Brands Comments Off on Nike And Dior Will Debut New Sneaker

Dior and Nike just debuted a new sneaker collaboration: the ‘Air Dior,’ rumored to be one of the most expensive Jordan collections ever sold at nearly $2,000 The upcoming shoe was unveiled at the Dior […]

Under Armour is about to showcase a new line of gear unlike anything we’ve seen from the company yet. CEO Kevin Plank introduced the new line as “…forged from the field and built for life,” […]