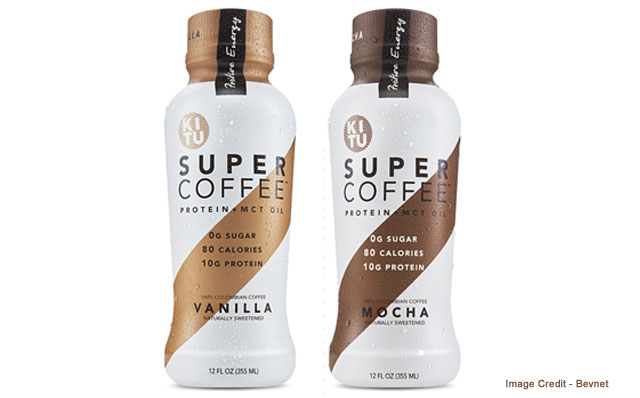 Seeking to broaden its appeal, Sunniva Super Coffee has rebranded as Kitu Life, bringing with it new packaging and a new formulation for its line of organic RTD “super coffees” made with protein and medium chain triglyceride (MCT) oil. The company will premiere its new identity at Natural Products Expo East 2018 in Baltimore next week.

Speaking with BevNET, Kitu Life CEO Jim DeCicco said there were several reasons for the rebrand. He noted that the company wants to fine tune its messaging while distribution is mostly centered in the New York metro area before launching a larger national rollout. As well, the name “Sunniva” was already in use by a Canadian cannabis corporation, which also owned the web domain.

Coca-Cola says its ‘one brand’ marketing approach turns its packaging into a ‘billboard’ that packs a punch and counteracts the brand’s diluted presence on shelf. Coke is rolling out its new ‘one brand’ packaging design […]

Coca-Cola is inviting the world to celebrate the real magic of humanity in its first new global brand platform for the Coke Trademark in five years. The “Real Magic” brand philosophy is rooted in the […]

PepsiCo On Target To Hit $2 billion In Online Sales

October 8, 2019 Brands Comments Off on PepsiCo On Target To Hit $2 billion In Online Sales

It makes sense that struggling grocery store chain Kroger (KR) is reportedly kicking middle managers to the curb to cut costs. Because clearly, more people are shopping for food online — and probably at increasingly […]