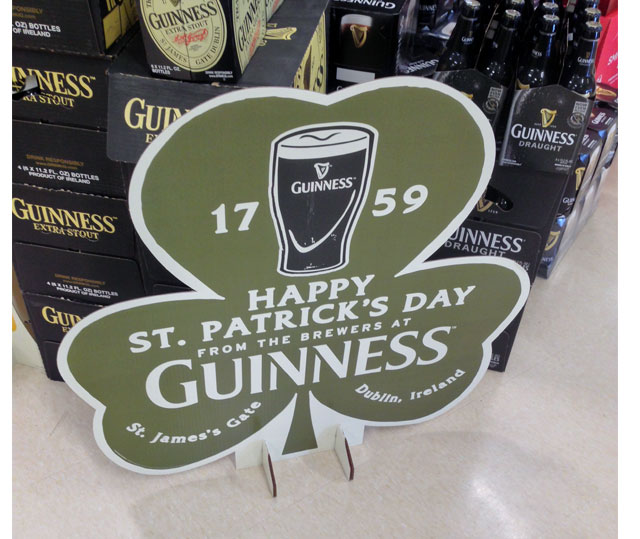 With St. Patrick’s Day around the corner, folks will soon be enjoying some of their favorite traditional Irish fare and beverages. The national holiday is cause for celebration for the Irish pubs and breweries whose sales skyrocket on this annual event.

St Patty’s day category leader Guinness reports that more than 13 million glasses of their dark stout are drunk around the world on March 17. The Diageo-owned brand is one of the most iconic with its founding in 1759…….that’s 257 years of brewing! 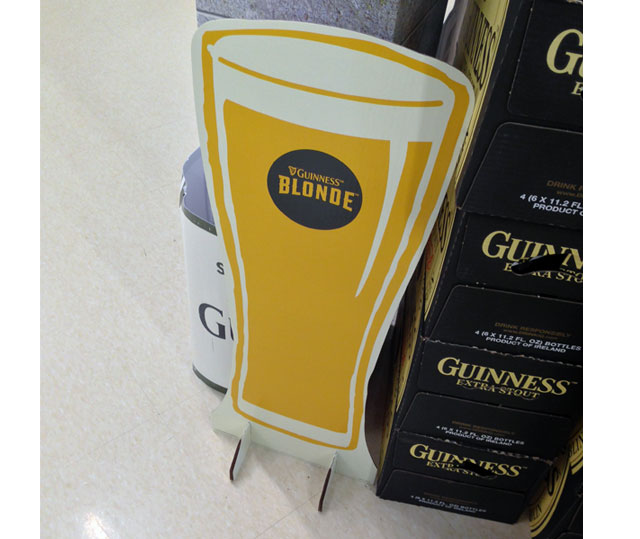 Although the brand always makes a strong showing for the St. Patrick’s Day holiday, the company reports overall declining volume sales as a result of competition from the craft beer industry.

Most recently, the brand has been making pushes to compete against the strong craft beer movement in the U.S. with its release of their Guinness Dublin Porter and Guinness West Indies Porter – two beers based on recipes found in Guinness brewing books from more than 200 years ago that were previously only available in Ireland and the UK.

According to Brewbound, “Each beer in this collection is telling part of the Guinness story, not just our beer but our people who made it, capturing the enterprising spirit and credible talent of our brewers then and now,” said Emma Giles, Brand Director, Guinness North America. “This is the first time the Dublin Porter and West Indies Porter will be available in the U.S. since their original incarnations more than 200 years ago. It’s a great example of what our brewers are capable of and shows how passionate they are about pushing boundaries and bringing quality brews to today’s beer lovers to enjoy responsibly.”

Guinness launched another clever marketing campaign which is geared around dark beer lovers and emojis. The company recently decided to petition the Unicode Consortium to bring more beer emojis to the keyboard. As of now, the only beer options users have is the pint emoji and the emoji with two beer glasses clanking together.

“We know that you, dark beer lovers of the world, have noticed. We don’t live in a one-beer world, and we deserve more than a one-beer keyboard,” Guinness continues.

“Today we enjoy more stouts, porters, and dark ales than at any time in human history. And in this age of technological innovation, we have more ways than ever to share our experience with others,” the company writes in the open letter. “But when it comes to communicating with tiny icons, we’re limited to two pale beer emojis.”

Guinness has kindly asked the folks at Unicode Consortium to release a dark beer emoji, or more suitably, called the “Stoutmoji.”

Dark beer drinkers are encouraged to show their support by tweeting…..Add a #DarkBeer emoji, @Unicode. #Stoutmoji,” just in time for St. Patty’s Day. 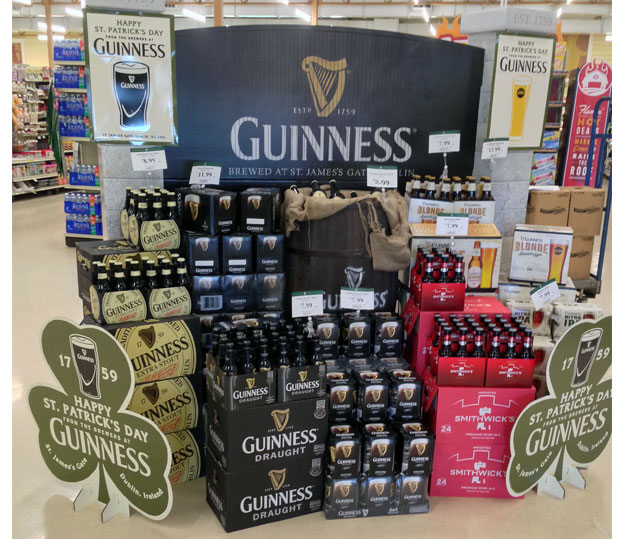 In anticipation for St.Patrick’s Day, we spotted the brand presenting their finest to shoppers at a local supermarket. Several bottles of the traditional Guinness Draught and their newer Blonde American Lager were neatly merchandised along with 22oz bombers which were placed inside of a Guinness barrel.

Two cloverleaf standees flanked the product which was set against a large corrugate backdrop. Consisting of two pillars wrapped with a stone graphic and a huge Guinness logo in between, the store personnel did a great job of setting up the display. Based on all of the ancillary components used, we assume that these units were shipped in as kits enabling retailers to build them to suit their space. Not shown in the image above is a base wrap that was placed on the other side of the pillar structures.

In case you are wondering why Smithwick’s was included in this display, it’s because Diageo also owns that brand. Founded in 1710 and acquired by Guinness in 1965, Smithwick’s is an Irish red ale that also has a long-standing tradition of brewing.

Raise A Guinness For The Brave Floor Display

Trying To Change How Beer And Wine Are Marketed

April 4, 2016 News, Shelf Comments Off on Trying To Change How Beer And Wine Are Marketed

Even the most determined shopper, with grocery list in hand, will occasionally spot something interesting on a shelf and make an impulse purchase. Few would argue that the placement of retail items in stores is […]

With all four major professional sports leagues in high gear, Bud Light is making sure their brand is front and center at ballparks, arenas and stadiums across the US. For half a century, Anheuser-Busch has used […]