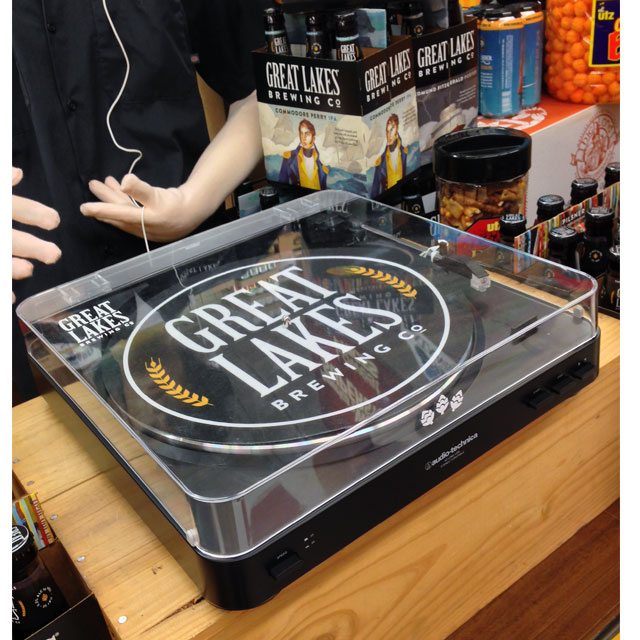 To celebrate, GLBC converted their tasting room into a vinyl record shop where patrons were encouraged to bring their favorite vinyl records in for a spin. Each purchase of a Turntable Pilsner earned a free raffle ticket for a chance to win a limited edition Great Lakes-themed Audio-Technica AT-LP120-USB Turntable!

“When it came to naming this beer, we wanted to capture a similar throwback vibe,” she says. “Nodding to vinyl seemed like a perfect way to do that, since both pilsners and vinyl are experiencing renewed – and well-deserved – appreciation, says communications supervisor Marissa DeSantis.” 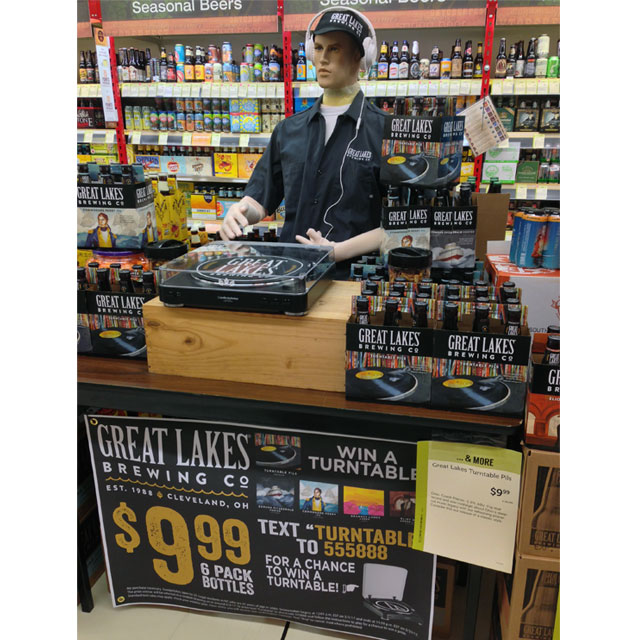 Which record do you pair with Turntable Pils?

In-store, Great Lakes went a step further with their Turntable Pils release by creating a record-themed display complete with a DJ, turntable and plenty of six packs. The banner below the table explained the promotion and provided how-to-win details. Very unique and definitely an attention-grabber.

You voted with your page views so here are the results from some of the most popular reads in 2018. In no particular order………….(best viewed using chrome or firebox browser)   Articles Schick Launches New […]

This one slipped through the cracks! This past holiday season, Miller Lite set-up shop at retailers with this festive fireplace display. Surrounded by several cases of beer, the display was quite impressive with its realistic  […]

Corona Lets Tailgaters Enjoy Chilled Beverages Anywhere…..Any Time! Corona recently tossed out a gameday promotion involving a cooler, several 12 packs of beer and some coasters. We are not sure if this was an enter-to-win-contest […]