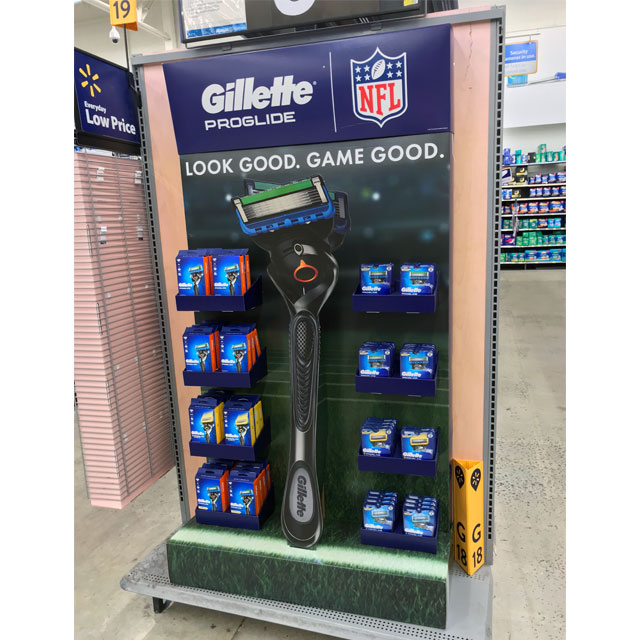 Procter & Gamble, the world’s second-largest advertiser, has partnered with the NFL to deliver this skincare campaign just in time for the 2021 football season.

Earlier this year, Gillette ran a TV ad for the draft paying homage to NFL legend Deion Sanders. In this iconic football moment, he showed the world what confidence looks like, the epitome of his motto ‘Look Good, Game Good.’

To help bring awareness to their promotion in store, Gillette rolled out this football-themed end cap display at Walmart. The display features the brand’s ProGlide razor and replacement blades which were separated by a huge razor. The faded football field graphics helped the product, promo tagline and logos become more visually spotlighted.

Check out some other Gillette Articles

RB and Walgreens have teamed up to showcase some new innovations from leading footcare brand Amope. Considered to be one of their power brands, the Scholl Amope franchise continues to drive excellent growth behind recent breakthrough […]

Pillar of Visibility Adidas leverages its brand ambassador Zidane big time in this MDF unit found at HyperCity in Mumbai. The pillar with the brand logo serves as the focal point for the display unit […]