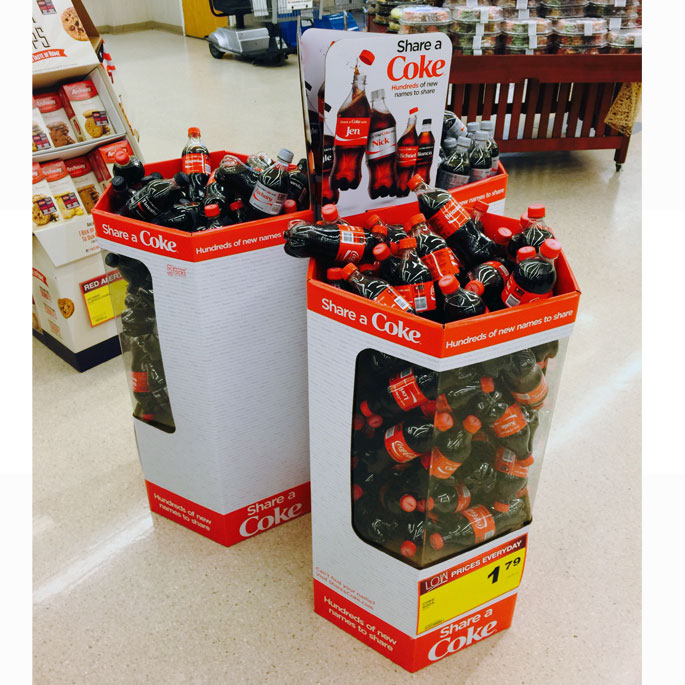 Coca-Cola is relaunching one of its most successful marketing programs this summer with the Share A Coke campaign. Coca-Cola will change out its iconic logo on 20-ounce bottles of Coca-Cola, Diet Coke and Coke Zero with 1,000 of the most popular names in the country.

“The return of ‘Share a Coke’ brings four times as many names, twice as many packaging options and countless more opportunities for people to connect over a Coke,” said Evan Holod, Coca-Cola brand director, Coca-Cola North America. “We took inspiration from our most loyal fans and created more opportunities for people to get involved, make ‘Share a Coke’ their own, and create new memories with an ice-cold, delicious Coca-Cola. Whether it’s celebrating a proposal, creating baby announcements or just enjoying time with a friend, Share a Coke can make those moments even more special.”

Last year, the brand saw a 19 percent increase in 20-ounce bottle sales with the Share A Coke campaign. 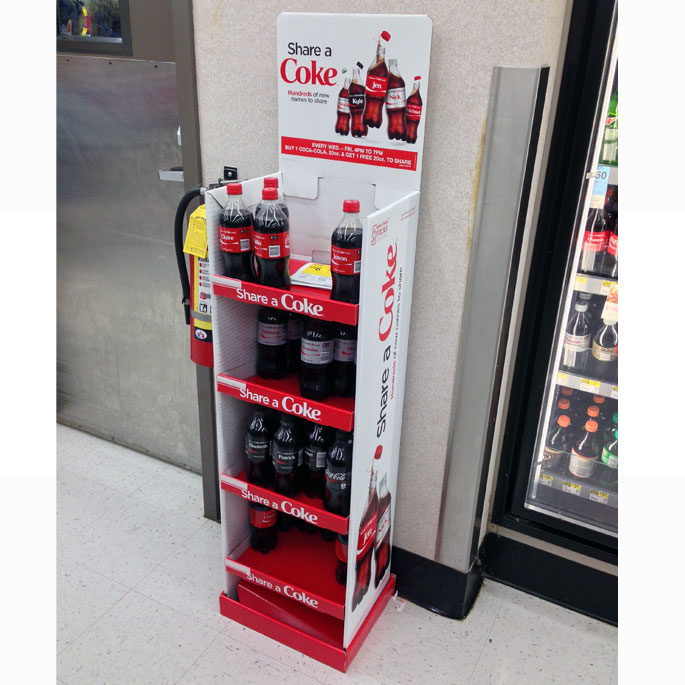 More Ways To Share…………Coke has added a new e-commerce module to this year’s marketing program which enables consumers to order personalized single or 8oz six-packs at ShareCoke.com, marking the first time U.S. consumers have been able to customize and purchase ” Share a Coke” bottles online. In addition, aluminum bottles and emoticon mini cans will be part of the package in 2015. 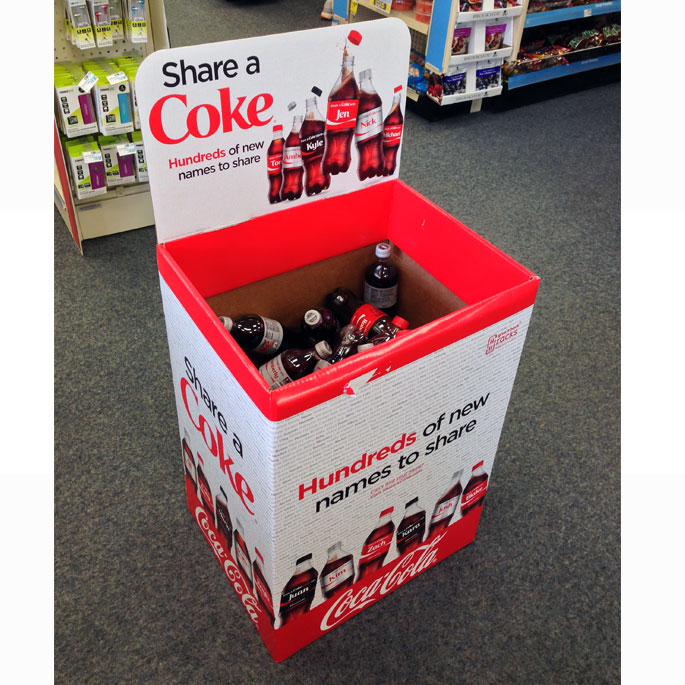 The marketing push was launched May 1 and included: TV, digital, social and in-store displays such as the ones shown on this page. Brand fans that use the campaign hashtag, #ShareaCoke, to share photos and stories, have a shot at being featured on Coca-Cola billboards in their geographic area.

A Share A Coke experiential tour will cross the country this summer, giving away more than 1 million customized cans across 600 stops. A full schedule of events can be found on the campaign website. 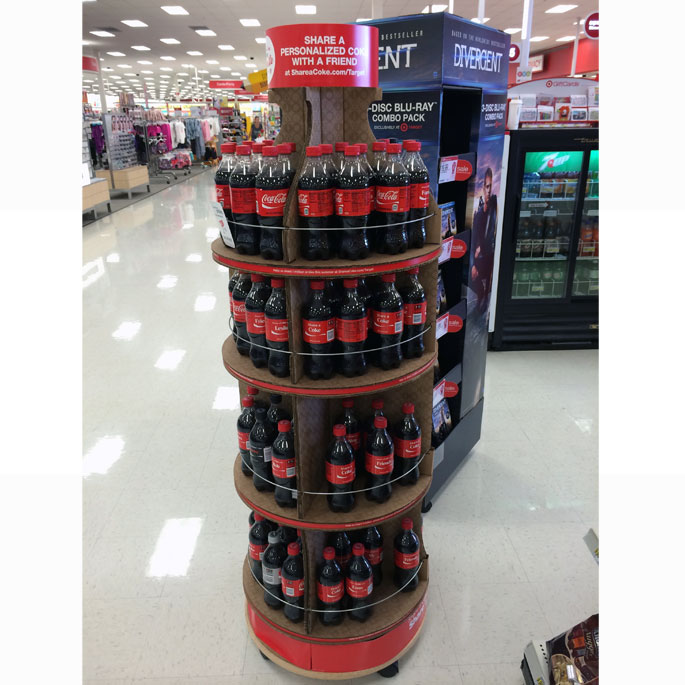 “Share a Coke” debuted in Australia in 2011-12 and has since expanded to more than 80 countries, including Argentina, Brazil, New Zealand, South Africa, Great Britain, Turkey, Germany, Chile and Spain.

October 13, 2019 Brands Comments Off on Coca-Cola Unveils Bottle Made From Recycled Marine Plastics

The Coca-Cola Company has unveiled its first sample bottles made using recovered and recycled marine plastics. Through a partnership between Ioniqa Technologies, Indorama Ventures, Mares Circulares (Circular Seas) and The Coca-Cola Company, about 300 sample […]