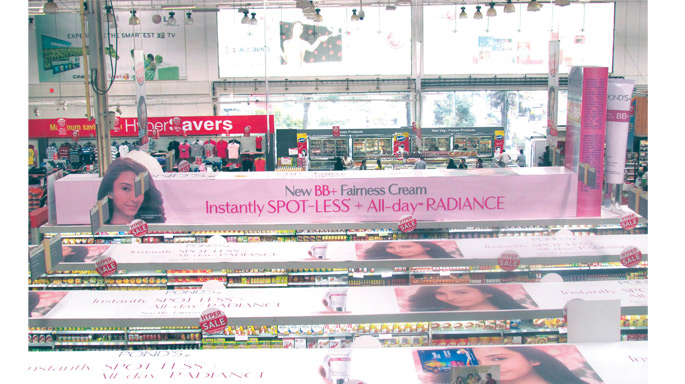 HUL wanted to create powerful recall value and a strong impact for their Ponds BB+ product so they teamed up with SAB Creations Pvt Ltd which resulted in a display called the Spectacular Unit. The gigantic display consisted of a 3D product replica bottle (12ft ht above a 7 ft gondola) that grabbed shoppers’ attention in HyperCity store aisles across India.

SAB Creations was asked to create something similar to the Toblerone and Oreo displays produced by them earlier this year. The highlight of the spectacular Ponds display consisted of three main elements – tube, pack and of course the visual of the brand ambassador, Miss India Navneev Kaur. 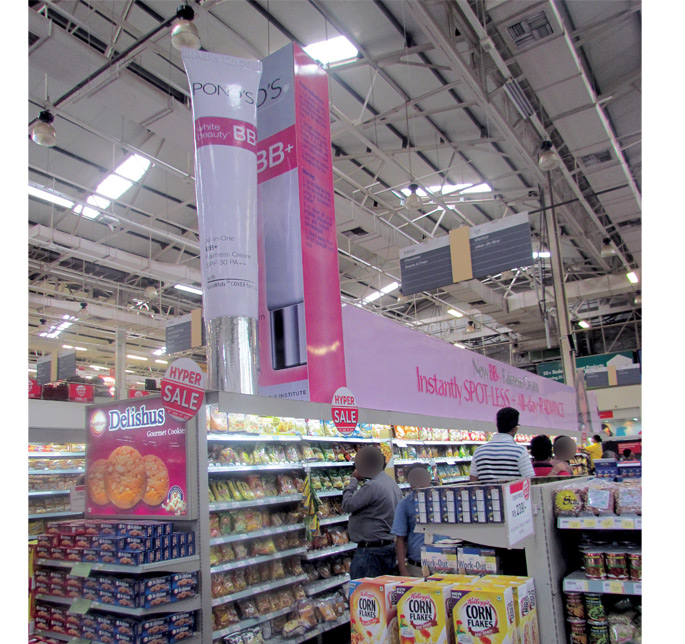 In terms of collaboration, SAB Creations Pvt Ltd took care of the entire concept – design and development – while the implementation was carried out by Dimensions agency. According to Jalpa Vyas, Head of Designs, SAB
Creations, “Conceptualizing the Ponds Spectacular Unit required a lot of brainstorming sessions, as fitting the Ponds tube and the pack on the bay was not that easy. A lot of alternatives were carried out to finalize the orientation and the placement of the product.” 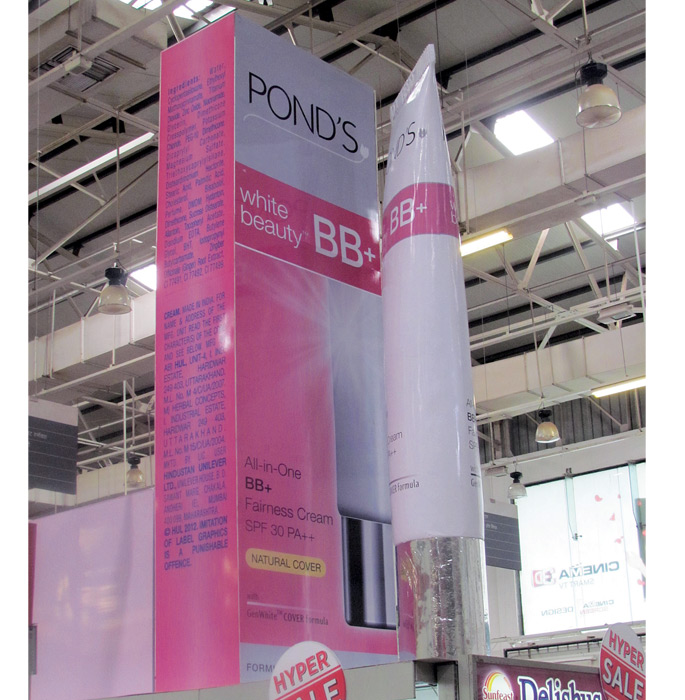 After finalizing the orientation and concept, the next step was to figure out the materials and production processes. On the basis of the concept, the design team had to choose the right substrates to make the larger-than-life replica as realistic as possible. Says Kashif Pasha, Director,Dimensions, “We were given a deadline of four days to complete the entire project. Working under such a short time frame made it quite challenging but we were all very happy with the outcome.”

Walgreens recently launched a new skin care line made up of products that seek to eliminate skin problems before they occur. The new product line is the retailers’ first brand in 15 years and was developed using […]

Unilever is continuing in-store marketing momentum after a successful launch of its Anti-Marks Antiperspirant Technology in December 2016. The new formula – incorporated in 24 variants – helps prevent white marks on dark clothes and the formation […]

Himalaya Purifying Neem Face Wash is Designed with You in Mind For centuries, Neem has been used by the people of India as a gift out of nature for better, brighter and healthier skin. It’s […]