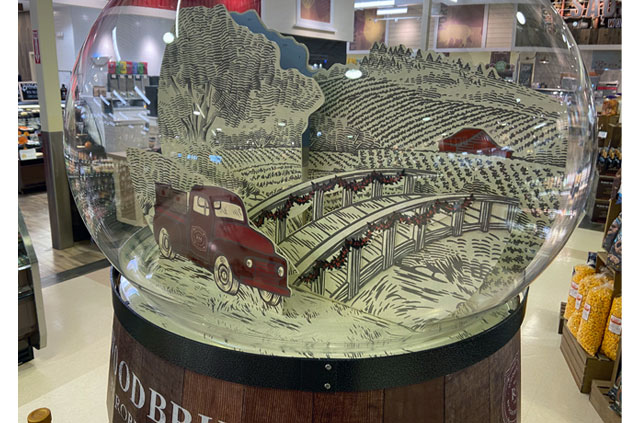 Since 1966, Robert Mondavi Winery has celebrated the appreciation of fine wine, food and art – and remains the preeminent destination in the Napa Valley.

To help highlight their heritage, Robert Mondavi launched this diorama display to promote their Woodbridge series. Inside the bubble, an elaborate 360 degree vineyard scene depicted the rolling hills of California wine country.

The layered scene featured a Robert Moldavi pickup truck with a barn set off in the distance amongst rows of grapes…….quite the execution and well done! 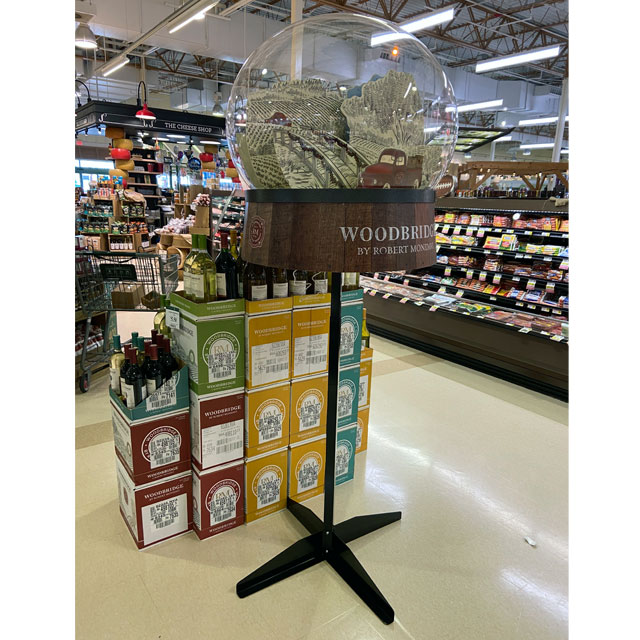 Check out some other great Robert Moldavi wine displays below.

Unique eye catching displays, from Ideation to Creation, is the mantra for the team at Creative Instore Solutions (CIS) and the latest regional wine barrel display for Treasury Wines Estates (TWE) is no exception. The […]

Soon to become Argentina’s equivalent to California’s Napa Valley, the Uco Valley has seen tremendous investments to infrastructure over the last twenty years in their wine making industry. Located along the Tunuyán River, the ‘up and coming’ […]

An Unexpected Pairing Many entertainers have lent their names to create their own uniquely branded wine….the likes of the Rolling Stones, KISS, the Grateful Dead, AC/DC and Madonna…..just to name a few. Not too […]