Slated for debut on July 3rd, the latest installment of The Amazing Spider-Man is hitting the big screen, online, in-store, social media and in parking lots. Altogether, approximately 400 promo partners worldwide paid an estimated $200 million in marketing dollars to support the film. Retailers such as Wal-Mart, Toys R Us, Target, 7-Eleven, Best Buy and several others took advantage of the opportunity to promote licensed products to shoppers.

Wal-Mart, Marvel Studios and Sony Pictures have partnered up and rolled out the red carpet for an amazing mix of over 1,000 licensed product SKU’s as well as unique promotional displays.  On June 15th and 16th, Wal-Mart held a worldwide event inviting fans across the country for a sneak peek of the film. In addition, a smartphone app dubbed the “Secrets Unmasked” was deployed to follow a fleet of 20 trucks that visited more than 1,000 stores to promote the Amazing Spider-Man Truck Tour.

Wal-Mart wasn’t the only retailer creating a fan experience beyond the big screen. Target and Marvel Entertainment have launched a variety of Amazing Spider-Man themed products such as clothes, bedding, party decorations and toys which were made available at retail and online. In addition, Target dedicated an end cap in store to showcase a fantastic Spider-Man display complete with rope web and floor graphics (see below).

On a more charitable note, SUC2 (Stand Up to Cancer) and the Amazing Spider-Man have teamed up and are asking fans to Be Amazing and Stand Up by donating and supporting a grassroots movement that is designed to accelerate groundbreaking cancer research enabling therapies to get to patients faster and save lives.

Besides some of the larger retailers, several other major brands got caught in the promotional web. Below is a list of just a few.

Check out the collection of in-store displays below. 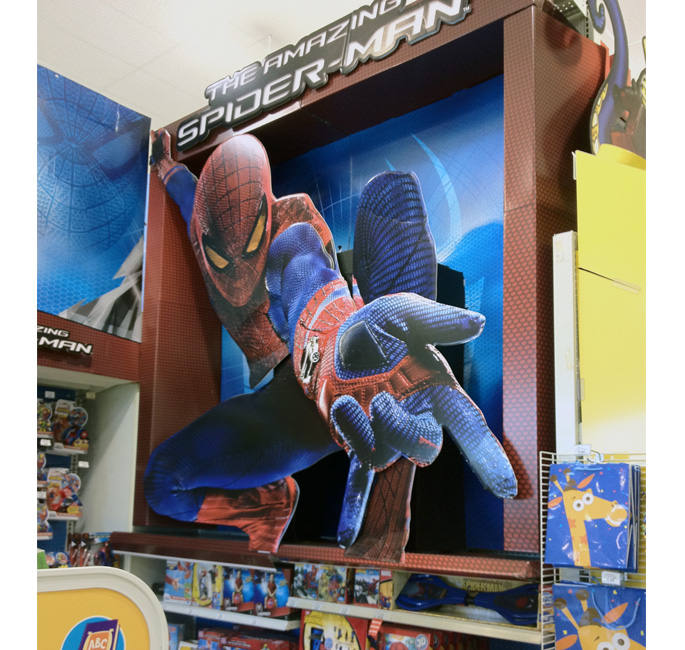 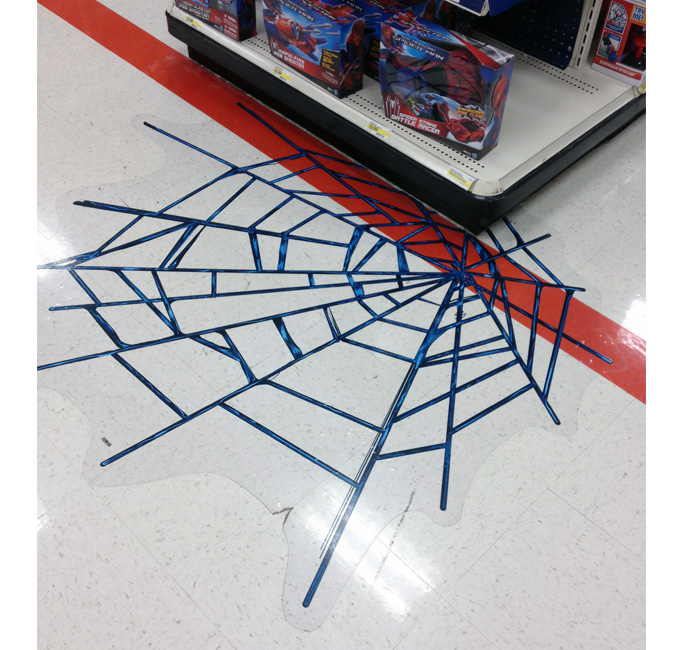 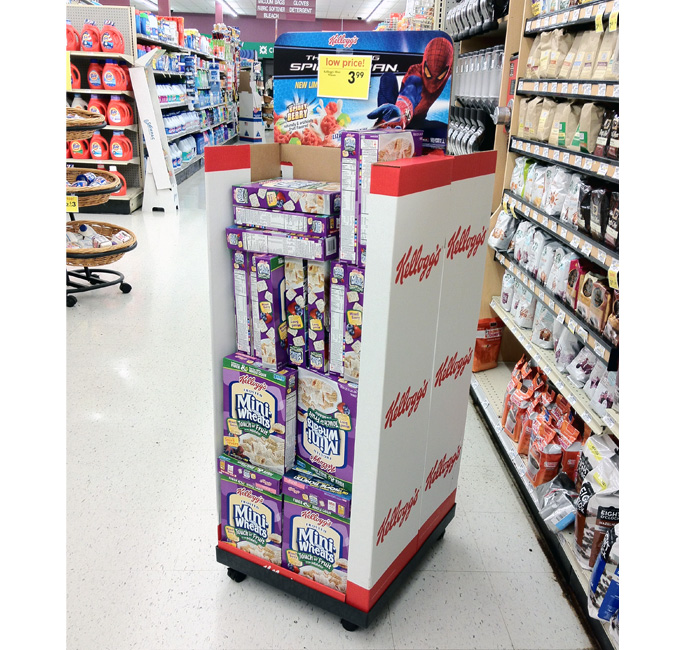 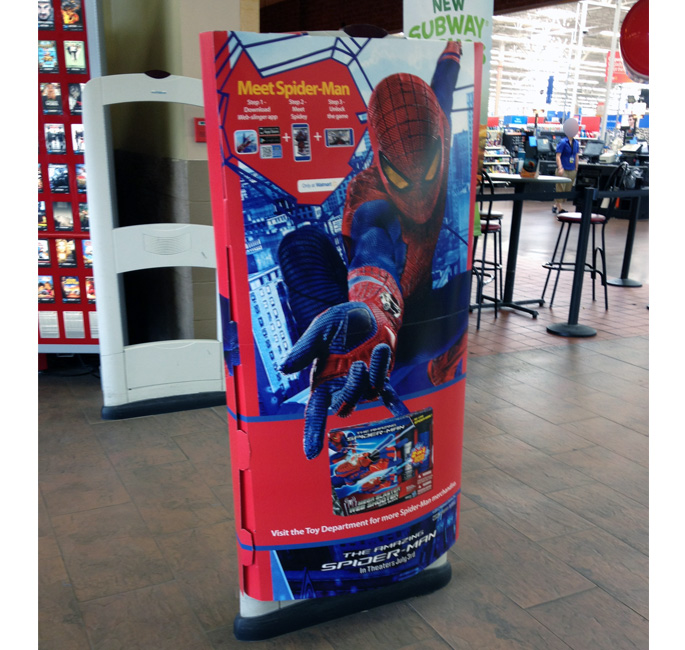 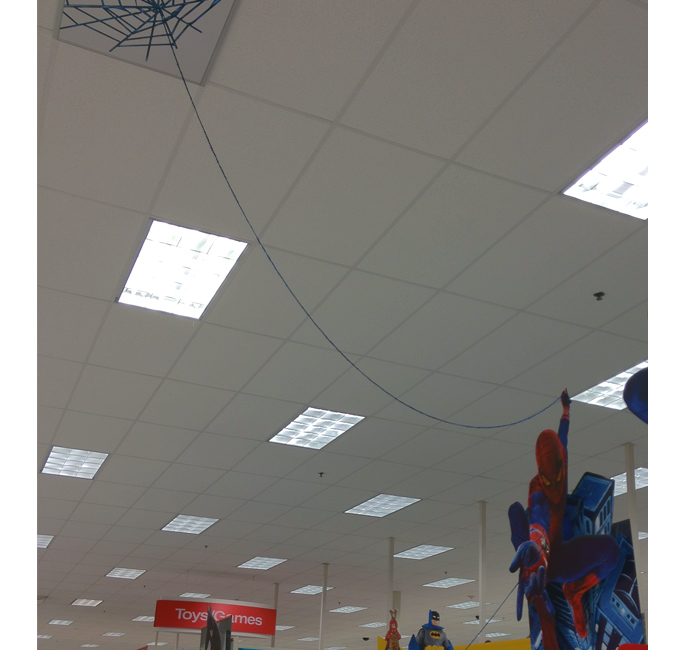 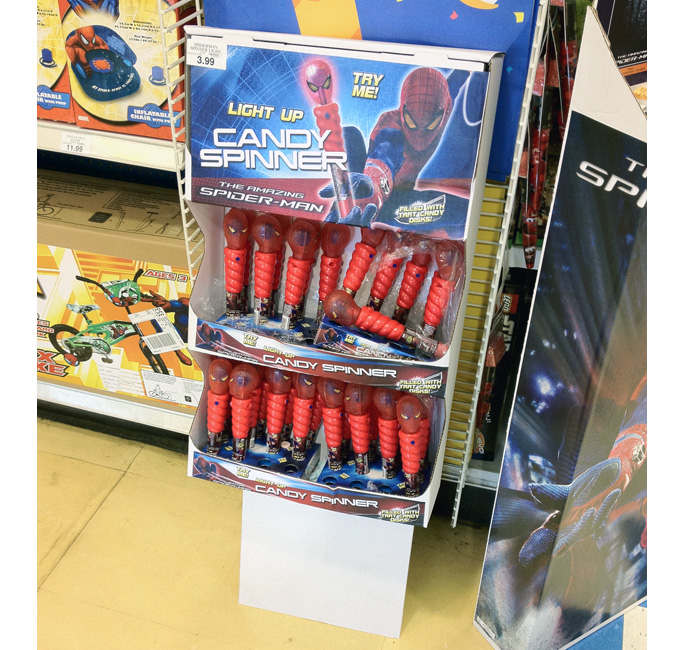 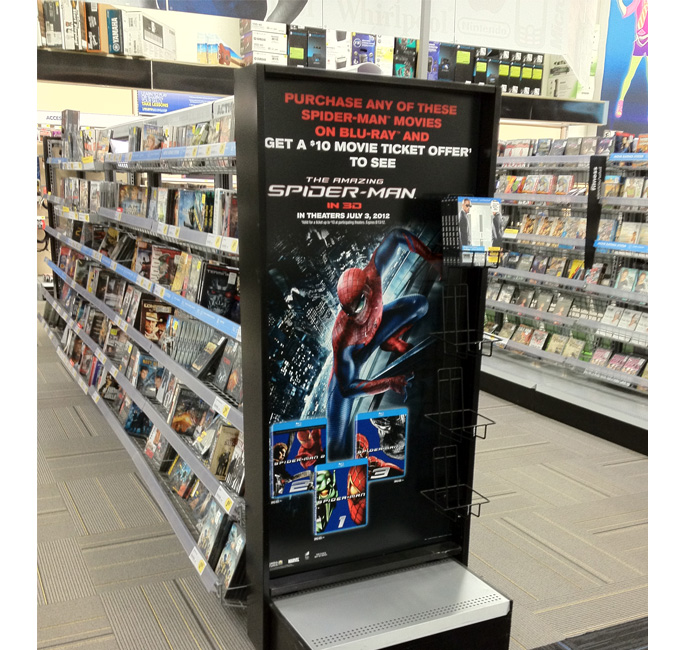 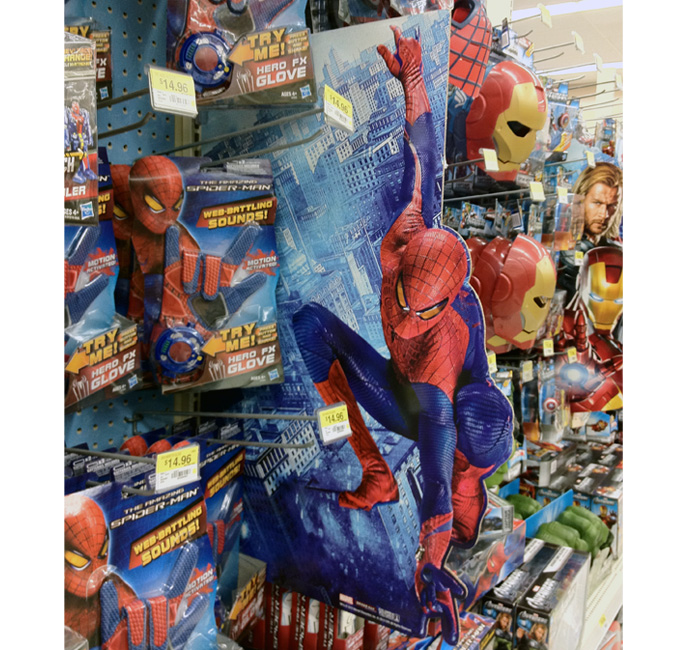 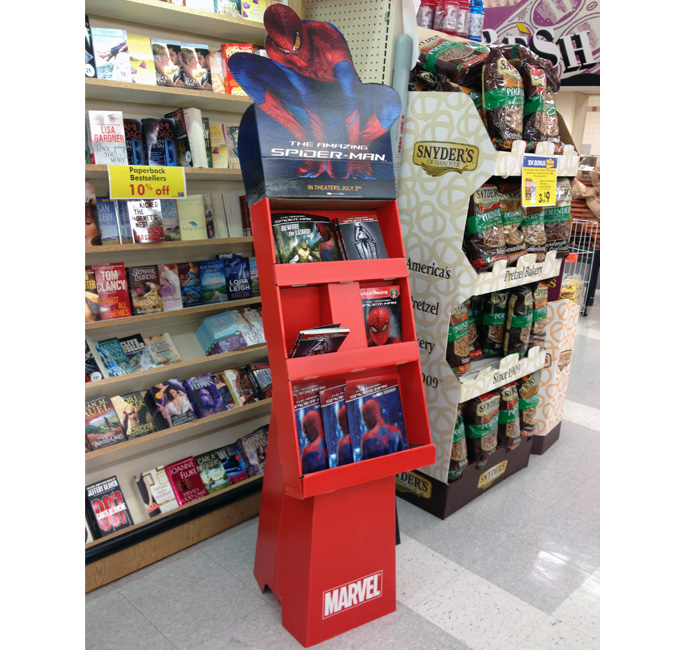 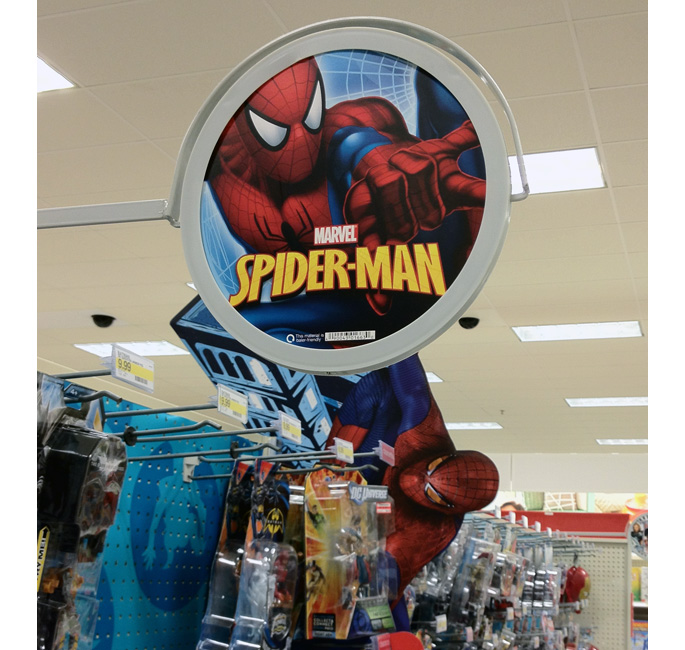 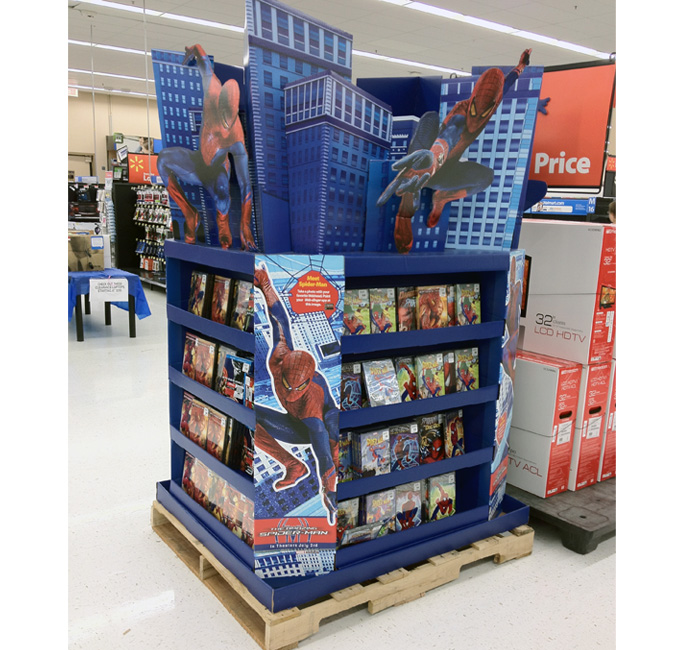 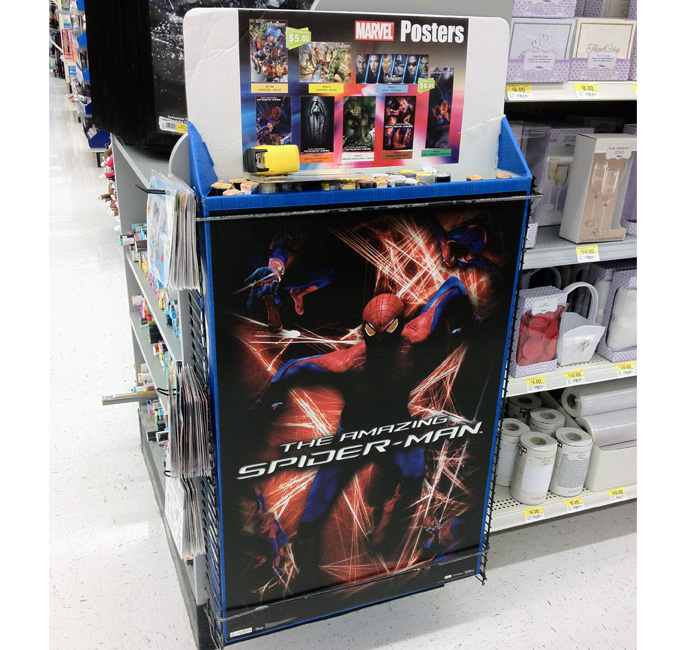 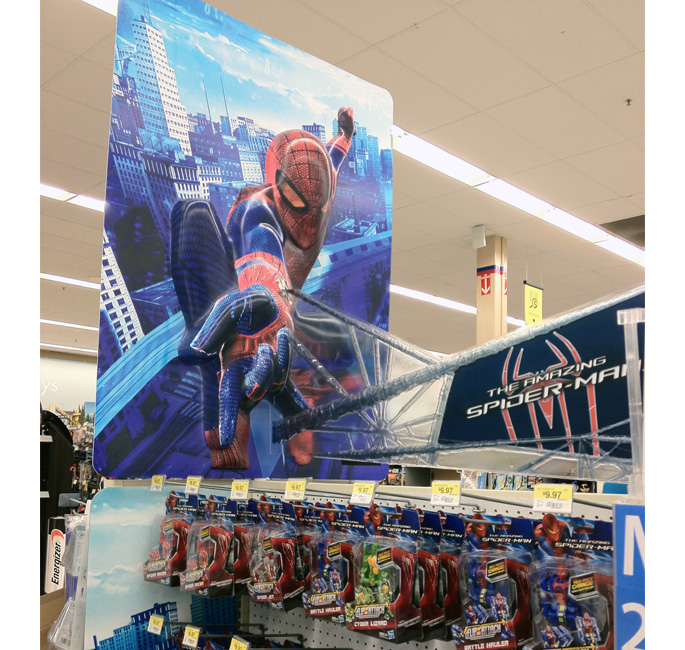 Popon is pleased to bring you our fourth installment of cool POP displays, trends and ideas. Our vigorous store checking schedule presents us with numerous neat examples of designers and brands coming together to deliver […]

Hope you enjoyed our images. Feel free to contact us with any display images you would like to have uploaded into our gallery.   Walmart – Days Until Easter Standee Target – Fun For Everyone End […]