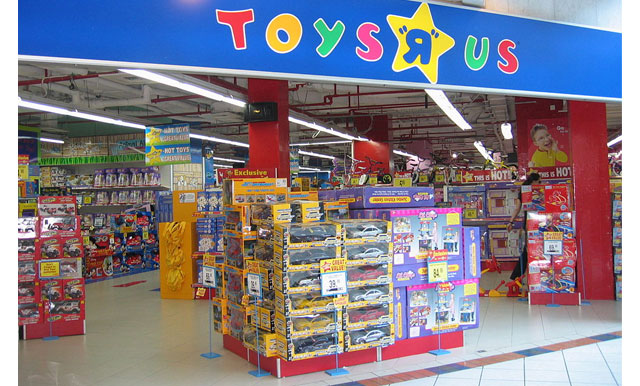 Retailers Aim To Pick Up Business From Defunct, Dying Rivals

Toys R Us and Bon-Ton may be gone but they haven’t been forgotten.

Companies like Target and online mattress company Casper are creating playbooks to pick up market share that those and other defunct or dying retailers left behind.

Casper, for instance, is teaming up with department stores like Nordstrom to introduce pop-up mattress shops in areas where Mattress Firm, which filed for Chapter 11 bankruptcy in October, had locations. And Kohl’s has been mapping out where retailers like Bon-Ton and Sears shuttered stores so it can target those customers with specific ads.

Target, Walmart, Amazon, and a spate of big retailers are pouncing on the first holiday shopping season in decades without Toys ‘R’ Us.

Toys ‘R’ Us closed its doors after 70 years in business earlier this year, leaving behind hundreds of stores and $10.5 billion in annual sales.
In Toys ‘R’ Us’ absence, retailers eye an opportunity to capture market share and pump up toy sales. Their efforts will reach a fever pitch on Black Friday and into the holiday

Geoffrey the Giraffe won’t be celebrating the holidays this year. For the first time in more than two generations, Toys R Us won’t be part of the annual shopping crush that kicks off after Thanksgiving. The once-beloved toy retailer shut all of its remaining 735 U.S. stores earlier this year, leaving about $7.5 billion in annual sales up for grabs, about 40% of which takes place during the holiday season.

That means retailers are getting set to fight over $3 billion in holiday sales. Not surprisingly, many smell opportunity. In its recent earnings report, Walmart said that toys would be a focus, adding that it had expanded its assortment by 30% in stores and by 40% online. It also promised that it would have “the best prices on a broader assortment delivered through a seamless shopping experience.”

August 31, 2018 Articles, Side Kick Comments Off on Ready 2 Robot Side Kick Display Battles At Target

Build, swap, battle! Considered one of the hottest toys of 2018, Ready 2 Robots is another top seller from American manufacturer MGA Entertainment Inc. who also owns several other very popular toys that have smashed sales […]

LiftBoard Pallet Display Takes It To A New Level

June 27, 2017 Articles, Pallet Comments Off on LiftBoard Pallet Display Takes It To A New Level

This palletized LiftBoard Electric Skateboard Display is capable of going more places than even the skateboard, with of course, the help of a fork lift. All the features and benefits of Electric Boarding are enumerated, […]

Buyer beware, adopt if you dare! What’s a Fuggler you ask? According to their website, Fugglers are funny-ugly monsters that will ruin your life and warm your heart with their mischievous antics and straight-up bonkers […]