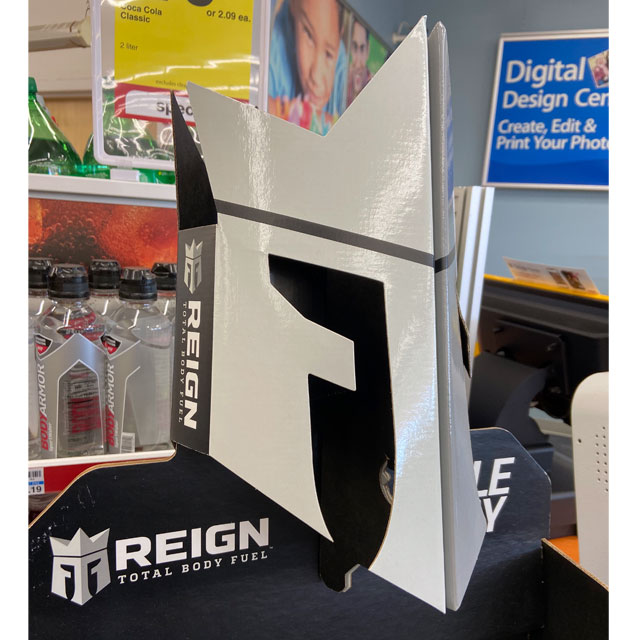 Launched in the spring of 2019 last year, Monster’s standalone brand, Reign, is making strides in a new category for fitness-focused beverages. The new brand is touted as a better-for-you fitness beverage that features 300 milligrams of caffeine, no sugar, zero calories and no artificial flavors and colors.

“We’ve made the strategic decision to not in fact make Reign a line extension of Monster,” Monster Beverages CEO Rodney Sacks said during an earnings call in February. “We think it should have its own positioning, its own marketing, create its own personality to give its best chance of success. We already have an extensive range of products in Monster that appeal to consumers. They have their own personality and identity. So we just felt that this was the appropriate thing for us to do with Reign.” 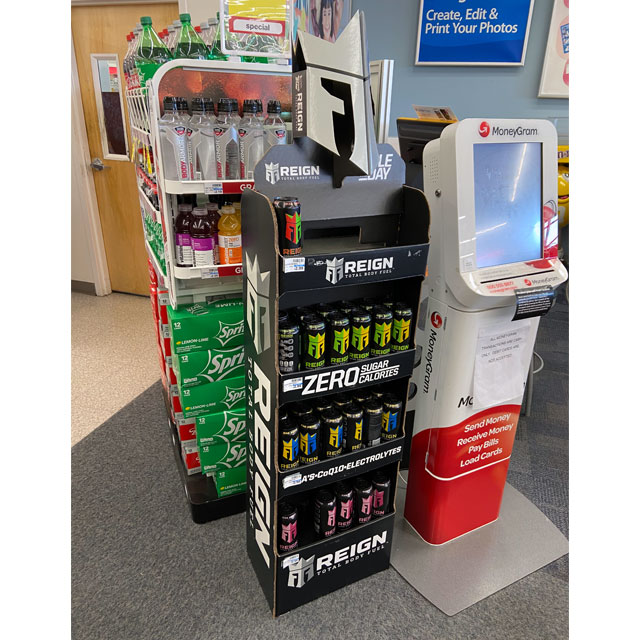 Despite the ongoing controversy with category competitor Bang, Reign was recently spotted promoting 4 of the 6 energizing flavors they released for launch with this sturdy floor display. The hutch-style merchandiser provided a solid vehicle that supported 48-16oz cans of Reign. Copy space was well utilized with product claims and the top of the unit was adorned with a 3-D replica of the brand’s logo which gave the display a statuesque presence in-store.

Slurpee Celebrates 50th Birthday With ChapStick 7-Eleven is celebrating the 50th birthday of one of its famous frozen beverage – the Slurpee. The festivities began earlier this year in January and will continue running until […]

September 8, 2018 Brands Comments Off on Sunniva Rebrands As Kitu Life

Seeking to broaden its appeal, Sunniva Super Coffee has rebranded as Kitu Life, bringing with it new packaging and a new formulation for its line of organic RTD “super coffees” made with protein and medium […]