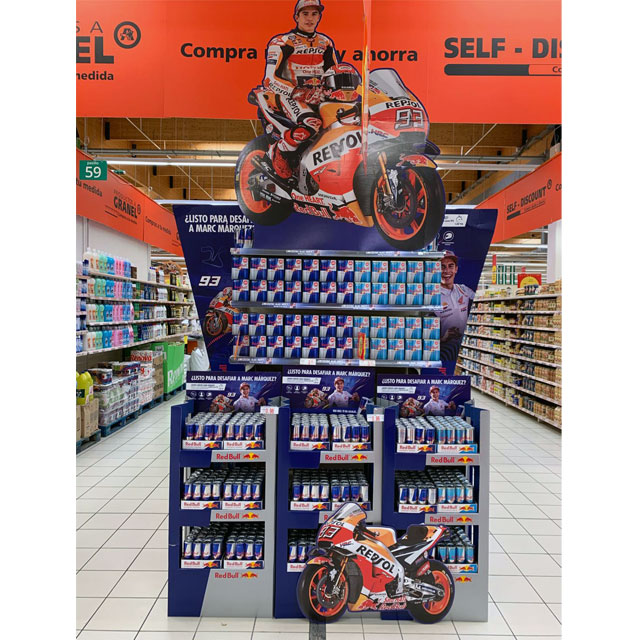 Marc Márquez Alentà is a Spanish Grand Prix motorcycle road racer and one of the most successful motorcycle racers of all time. Since 2013, the eight time Grand Prix world championships winner has been sponsored by Honda’s factory team which helped him win six of those eight titles.

Red Bull, another of the rider’s sponsors, recently launched the ‘Ready To Challenge Marc Marquez’ promotion with this dramatic end cap display for supermarkets in Spain. Three hutch-style displays were loaded with Red Bull and placed under existing store shelving. A trapezoid banner served as a back drop to highlight a large cut-out of Marc Márquez sitting on his motorcycle.

Coca-Cola And McGowans Get Nominated

Great news for a Friday afternoon or any day of the week really! Robin Boyd, Business development manager at McGowans, recently informed POPIN that their hard work has paid off. “We’ve been nominated in the […]

CUBE COOLER CONCEPT FOR INFINITELY FLEXIBLE MERCHANDISING Wouldn’t it be great if there was a one cooler that could expand or contract to suit small or large store environments? What if it could be daisy-chained […]