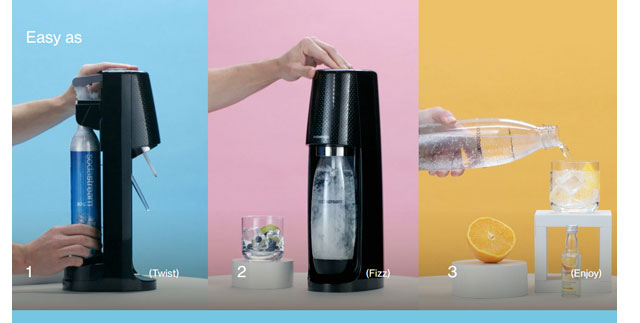 PepsiCo will buy the Israel-based DIY soda company SodaStream in a deal worth $3.2 billion. The move is widely seen as an effort by Pepsi to prop up its catalog of “healthy” food and drink options as it continues to wage battle against longtime rival Coca-Cola. Both PepsiCo and Coca-Cola have invested heavily in both healthier and eco-friendly alternatives over the past decade.

The deal between Pepsi and Sodastream still needs to clear cursory regulatory hurdles, but PepsiCo plans to pay $144 cash per SodaStream share in the transaction using cash on hand. According to a press release, the deal has already been approved by the boards of both companies.

October 13, 2019 Brands Comments Off on Coca-Cola Unveils Bottle Made From Recycled Marine Plastics

The Coca-Cola Company has unveiled its first sample bottles made using recovered and recycled marine plastics. Through a partnership between Ioniqa Technologies, Indorama Ventures, Mares Circulares (Circular Seas) and The Coca-Cola Company, about 300 sample […]