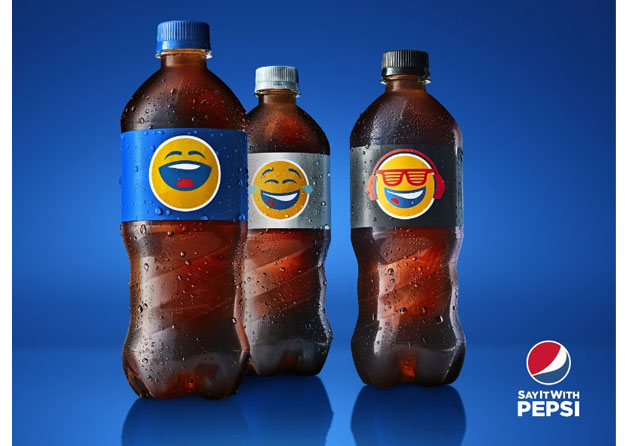 Last month Pepsi invited fans across the U.S. to #SayItWithPepsi this summer with the expansion of their global PepsiMoji campaign.

Pepsi’s proprietary emojis, designed by the PepsiCo Design & Innovation Center, were created to spark shareable moments and unanticipated conversations. Some of the themes include food, sports, travel and music. Free downloads of the entire emoji catalog are available for consumers on the Apple App and Google Play stores.

In a recent interview, “The iconic Pepsi globe is synonymous with so much–adventure, excitement, fun–and, like emojis, represents a range of unlimited emotions without saying a word,” said Carla Hassan, senior vice president, global brand management, Global Beverage Group, PepsiCo. “The ‘Say It With Pepsi’ campaign celebrates the universal connection and communication emojis provide, with our PepsiMoji language sparking unexpected conversations and action around the world this year—going beyond the expected emoji experience.”

To support the campaign, Pepsi is launching an innovative series of over 100 five-second TV ads that showcase the PepsiMoji characters. To further expand the universal language of their emojis, Pepsi, Diet Pepsi and Pepsi MAX  will feature a variety of PepsiMoji designs on 20- ounce bottles and select bottle multi-packs. 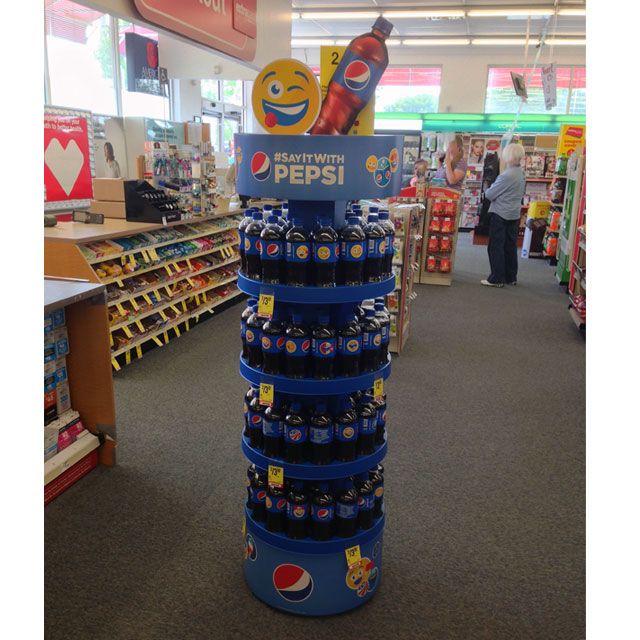 Additional in-store support for the campaign consists of signage and the circular floor display shown above. The unit was designed using corrugate and plastic trays to hold the bottles. A die-cut riser centerpiece of an emoji and Pepsi bottle added dimension and visual interest across the aisles.

Say It With Pepsi Standee

Nothing Performs Like The Original Founded in 1994 in a Boulder Colorado garage by Robert Heiberger and Judy Amabile, Polar Bottle has grown to become a leader in the hydration market, with many of their […]