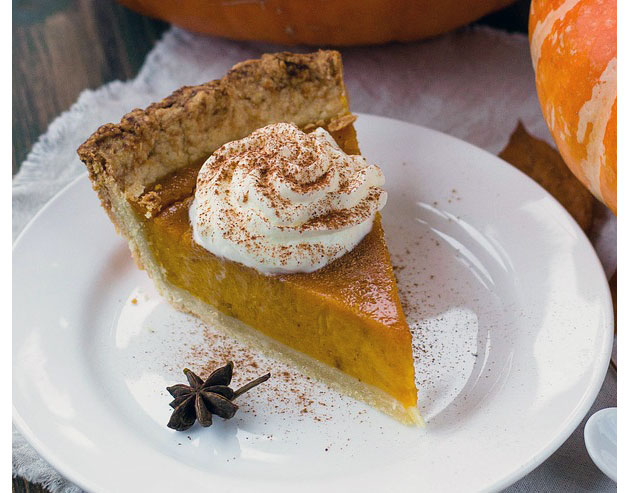 Before we discuss the in-store promotion, how about some interesting facts about Libby’s as noted on an associated pumpkin pie blog? 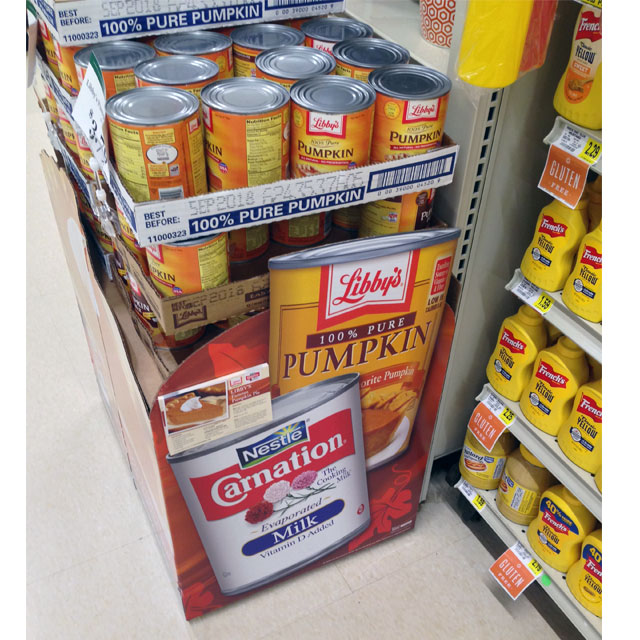 Just a short time ago, Nestle was spotted in supermarkets merchandising two variants of Libby’s Famous Pumpkin Pie filling in this stacker display. Just like a mundane pie, most POP stacker displays tend to be uneventful as they are designed to move product cost-effectively with very little spent on visual appeal.

For all intents and purposes, the Libby’s display shown here is your basic, everyday, can-filled stacker. The feature that makes this stacker a stand out in-store is the large die cut base. 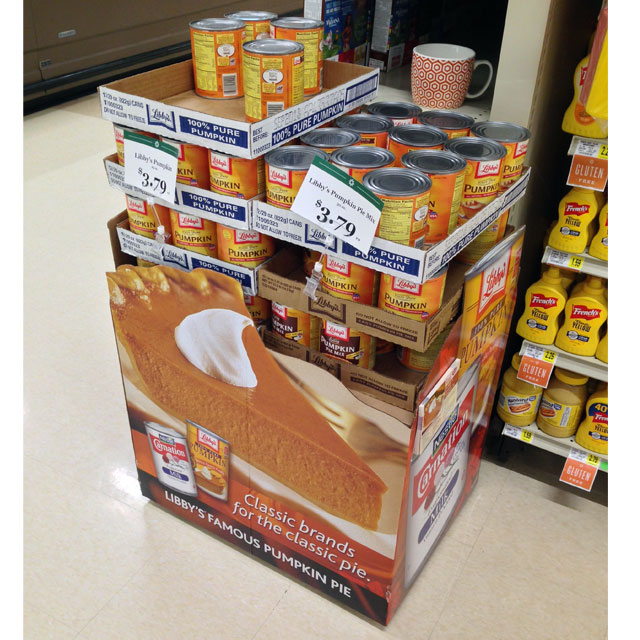 The base graphic featured two panels with large images of a delicious slice of pumpkin pie. The sides showcase Libby’s product shots along with Nestle’s Carnation Milk,  which is also used in their pie recipe. As a reminder, Nestle provided the recipe via two tear pads adhered to the sides of the base. Easier said than done….. logistically…..but would have been nice if the display space shared both products as a one-stop pie shop.

Even if the holidays are over, shoppers can still whip up a delicious Libby’s pumpkin pie…..while supplies last!

In Case You Ruin The Turkey………Pringles has you covered! For a limited time, Pringles will be available in a special seasonal flavor……… Roasted Turkey Crisps! “We said to ourselves, ‘If we’ve managed to capture perfect, […]

August 13, 2018 News Comments Off on S2K Graphics Goes Coast To Coast With McDonald’s

Lowes Home Improvement is in the holiday spirits with several festive displays that are stealing the spotlight in their store entrances across the US. One of the displays that caught our attention was this pallet […]