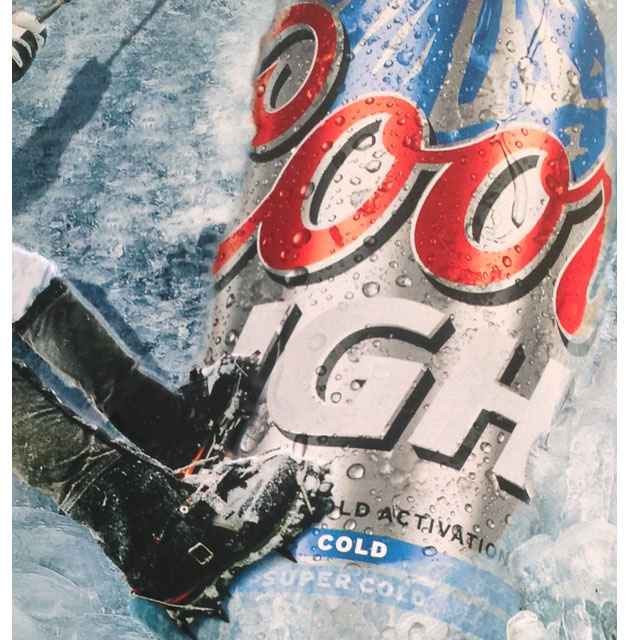 Here’s one way to make sure your advertising doesn’t go to waste: As part of a new sustainability marketing push, Coors Light is converting its billboards into beer coolers and its kegs into barbeque grills. The effort will kick into gear in a few months as part of a summer promotional campaign called “Every One Can,” which will also include a large-scale push to get drinkers to recycle beer cans.

The MillerCoors brand will begin touting its environmental credentials in TV ads next week that begin a new chapter of its ongoing “Climb On” campaign by 72andSunny. The Coors brand has long pursued sustainability goals at the corporate level. But “we just haven’t talked about it,” said Elina Vives, senior marketing director for Coors brands.

By making it a key marketing message, the brand is hoping to win over consumers that, according to consumer research, favor environmentally friendly brands.

Summer Is Finally Here…..Time To Hit The Beach With Corona! Driven by great taste, brand stories and a general interest in ethnic flavors, cravings for Mexican beer continue to grow at a fast pace in […]

You voted with your page views so here are the results from some of the most popular reads in 2018. In no particular order………….(best viewed using chrome or firebox browser)   Articles Schick Launches New […]

Corona Lets Tailgaters Enjoy Chilled Beverages Anywhere…..Any Time! Corona recently tossed out a gameday promotion involving a cooler, several 12 packs of beer and some coasters. We are not sure if this was an enter-to-win-contest […]