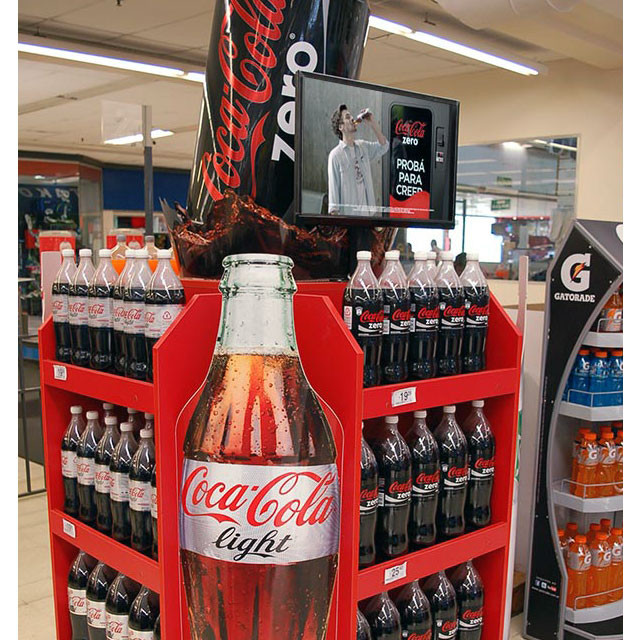 Coca-Cola on Friday announced it will be pausing paid advertising on all social media platforms globally for at least 30 days.

The company clarified it was not joining the official boycott, but said “we are pausing” advertising.

In the week since a group of organizations have called on Facebook advertisers to pause their ad spending during the month of July, more than 90 marketers including Verizon, Patagonia, REI, Lending Club and The North Face have announced their intention to join…….

Onyx Display Media scored a double at the lavish dinner POPAI awards ceremony held at the beautiful Maslow Hotel, Sandton, Johannesburg. They won in both the “Best in-Store Promotions” as well as the grand award […]

Coca-Cola has launched a new sugar-free soft drink due to consumer demand for healthier options. The revamped drink will replace the popular Coke Zero and has been designed to taste as close as possible to […]

Angry Birds Has Fun With Gems Cadbury Gems was recently promoted by the brand in modern trade retail chains to showcase a free purchase offer. Shoppers who made a purchase were given a free Angry […]