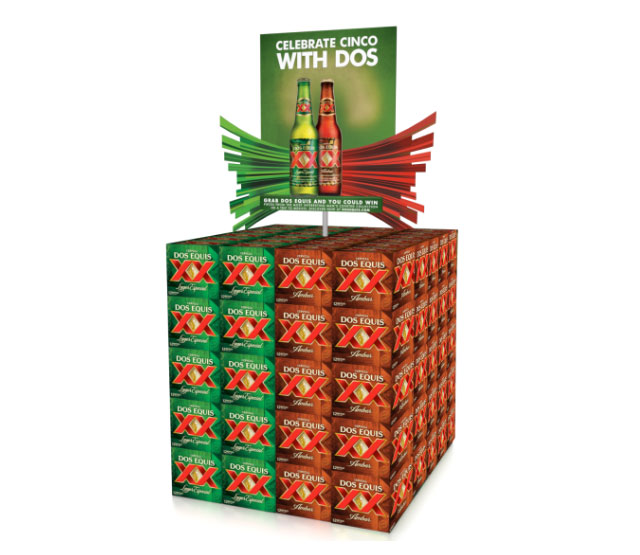 “As the upscale Mexican import of choice, Dos Equis’ Cinco de Mayo program has all the elements to stand out from the competition during the weeks leading up to Cinco de Mayo, a holiday typically cluttered with Mexican beer brand promotions,” said Andrew Katz, vice president of marketing for Dos Equis, in a statement. “By upping the stakes and making things even more interesting this celebratory season, Dos Equis will be the beer of choice for Cinco de Mayo.”

To drive awareness of the program, dedicated TV spots running from late March through Cinco de Mayo, along with social media support, will initiate program buzz and drive mass conversation, the company says.

In recent years, Anheuser-Busch InBev’s “global growth and innovation team” ZX Ventures has invested in at least nine international breweries, and now the company is pushing into spirits. ZX Ventures today announced the acquisition of […]

Non-Tipping Can Cooler How many times have you spilled a canned beverage accidentally? Happens to the best of us. Toadfish Outfitters has a solution to help prevent those pesky tip-overs….it’s called the Toadfish. From the […]