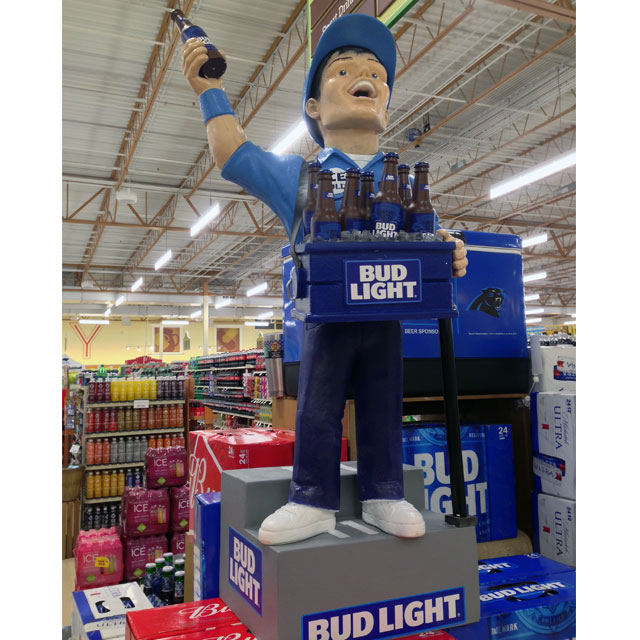 With all four major professional sports leagues in high gear, Bud Light is making sure their brand is front and center at ballparks, arenas and stadiums across the US.

For half a century, Anheuser-Busch has used its sports sponsorships to raise awareness and promote power brands like Budweiser and Bud Light. According to a recent article on Forbes, the beer giant thinks the old sponsorship model is broken, and it is set on redoing all of its endorsement deals.

“Those are legacy [sponsorship] models that were created on a consumer behavior that is no longer there,” says Joao Chueiri, vice president of Consumer Connections at Anheuser-Busch InBev. “We need to evolve the model, and as the leaders in the industry, we are pushing for that evolution.”

Having suffered a 5.7% annual volume decline in 2017, their biggest ever, Bud Light consolidated its $279 million ad spend, entrusting New York based agency Wieden+Kennedy to handle the brands social and creative work. With craft beers and spirits eroding market share for many of the big breweries, traditional and new marketing approaches are forefront to keep their brands relevant.

Bud Light recently took a nostalgic approach with a recent in-store promotion that included this awesome beer vendor character. For those of us who enjoy beer and attending professional sporting events, the hard working beer vendors are iconic fixtures that are easily identifiable with fans.

Perched on several cases of beer, the scaled down replica of the ‘beer guy’ was quite detailed in its construction and overall finish. From the leather strap supporting the beer bin to the steps and stair railing, one could almost imagine forking over some cash for an ice cold Bud…..as the beer guy shouts “Cold Beer Here’.

After meeting a grisly end in a Super Bowl commercial this year, the Bud Knight has been resurrected with some fresh new ad spots for the popular beer influencer. For those who did not catch […]