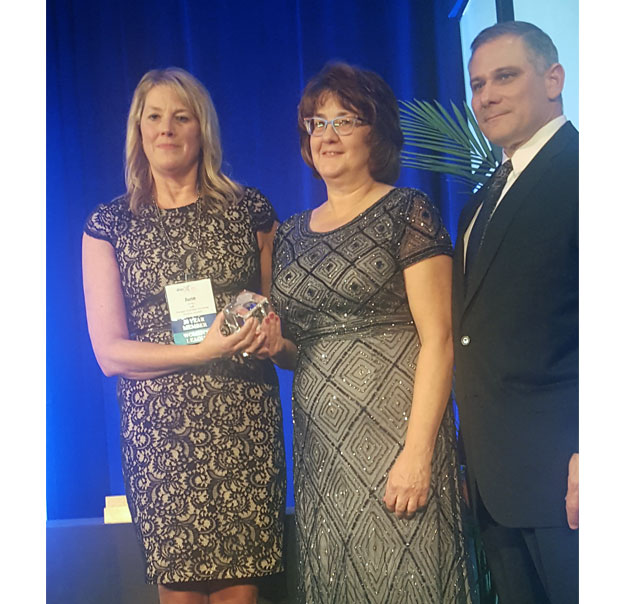 Vonda began her career at Trion in 1998 in a Chief-of-Staff roll to the senior Executives at Trion’s headquarters.  Over the years she rose to Vice President of Operations overseeing and managing all corporate functions including manufacturing, distribution, maintenance, IT, production scheduling, and the tool room.  In addition, she advises on all other aspects of the business including sales, customer service, engineering, finance, human resources and quoting.

Vonda’s accomplishments have touched and inspired many lives.  Numerous women are key to Trion’s functioning, with a number directly in charge of operational elements including Shift Production Management, Powder Coating, Packing, Production Scheduling, Human Resources, and Customer Service.  Paralleling Vonda’s career advancement, most of which as a single parent, she raised and educated two daughters, purchased her own home, and cared for her sick mother, duties with which many can relate.  Howell was a Deacon at Covenant Presbyterian Church in Scranton; she’s actively involved in her local school and supports Trion’s community efforts with Family Service of Northeast Pennsylvania, the local United Way and many other organizations.  Howell was born Vonda Mellmann in Osage, Iowa.

Trion Industries, Inc. was founded in 1965 and moved operations from New York City to Wilkes-Barre in 1982.  It ranks as one of the leading retail fixture and component manufacturers in United States with distribution internationally.  The firm employs 350 persons, and has revenues in excess of $50 million per year.  The corporate headquarters and 500,000 square foot main plant complex is located on Laird Street, Wilkes-Barre, PA.