Earlier this month, GlaxoSmithKline officially launched its Flonase Allergy Relief onto store shelves at drug, grocery and mass retailers nationwide. Flonase is the first and only over-the-counter (OTC) nasal spray that offers relief for the roughly 50 million people who suffer from nasal-related allergy symptoms.

As compared to anti-histamines, which only block one, Flonase Allergy Relief helps to block six of the key substances that cause allergic reactions. In addition to the blocking 6 claim, the product boasts that it… ‘Outperforms The #1 Allergy Pill’. Both taglines were key visual drivers in the marketing campaign which included several POP displays, print and social media. The displays below represent the national merchandisers deployed for the launch. 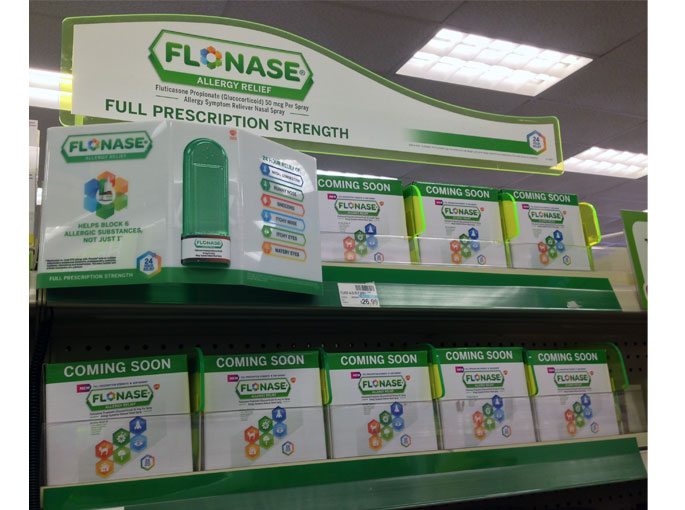 In anticipation of the launch, Flonase secured shelf space with an inline pusher display. Shown above with pre-launch package dummies, the brand was well represented with this permanent shelf system. To the left, an extended copy panel with product bottle added a bit of extra visibility to shoppers strolling down either side of the aisle. A large, curved edge-lit header added further visual interest in-store as did the dividers placed between SKUs. 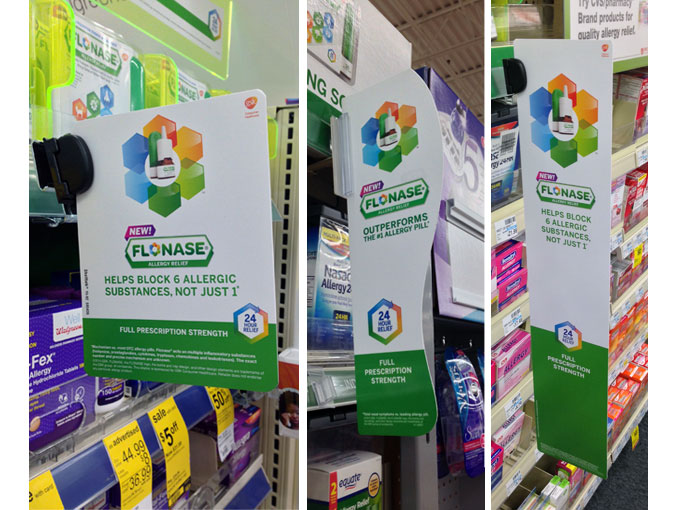 Several aisle violators could be found at retail bringing the brand message front and center. Consisting of mostly basic shapes, the one in the center picks up some of the equities of the inline header shown in the image above it. 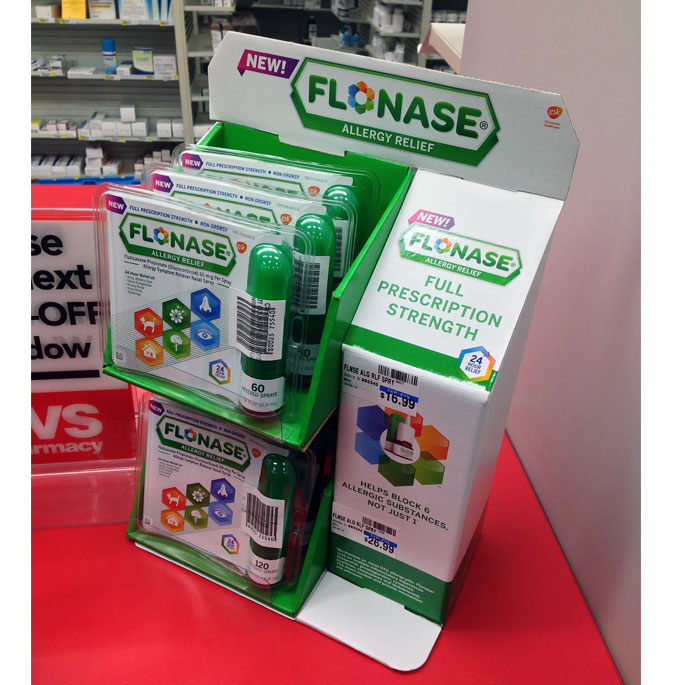 Flonase hit the pharmacies at CVS with this two-tier counter display. Designed to hold both the 60 and 120 metered spray variants, the unit takes advantage of the angular features found in the graphic elements. 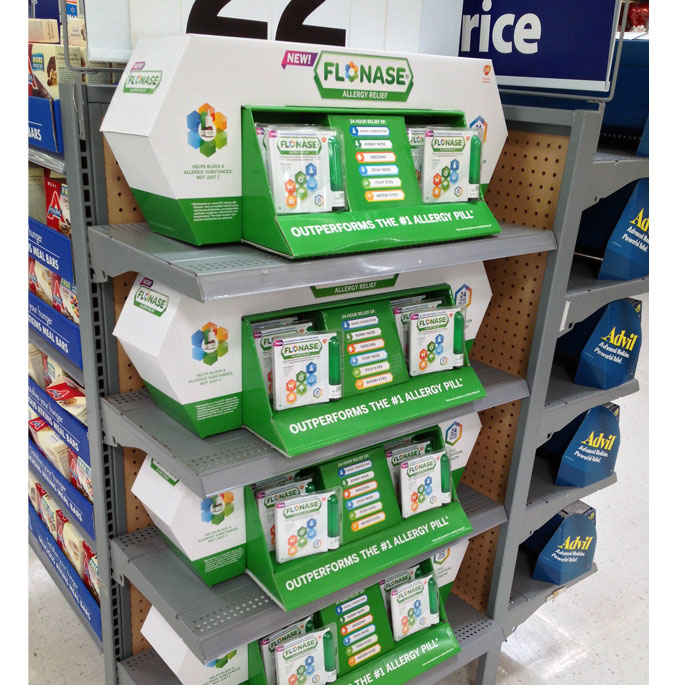 Our favorite of the launch displays, these end cap trays utilize brand equities that make a big impact on-shelf. The overall shape of the display mimics that of the logo. Enhancing the packaging graphics, logo and center panel, the angular-shaped product tray pulls it all together, creating a clean and concise marketing message. 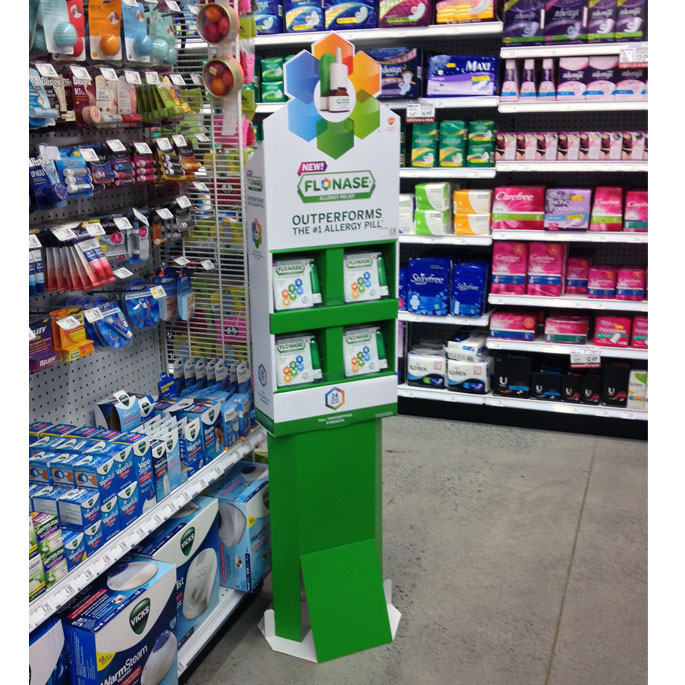 Lastly, this Flonase floor stand maintains trade consistency in-store with its angled features. The top section of the tray highlights a product image which is surrounded by colored hexagon shapes. Completing the look and feel, the sides, front & rear and bottom panels of the base integrate marketing forms quite effectively. It would have been a nice touch if the six ‘relief of’ symbols were printed on the lower tray lip or on the base.

Happy Easter Made by Opal and Ferrero

Opal and Ferrero Australia have teamed up to deliver yet another suite of amazing POS displays for Easter. From the elegant Rocher displays with striking blue accents to the fun Kinder Basket displays, these units […]

Although the company is now based in London, Guinness was first produced in Dublin, Ireland, at the brewery of Arthur Guinness (founded in 1759). Often considered Ireland’s national drink, Guinness is sold in over 100 […]

Aleve Puts The Power In Your Hands with their new Direct Therapy nerve stimulation device. Marketed as an OTC nonpharmacological strategy for relieving lower back pain, the device employs TENS (transcutaneous electrical nerve stimulation) technology that can […]