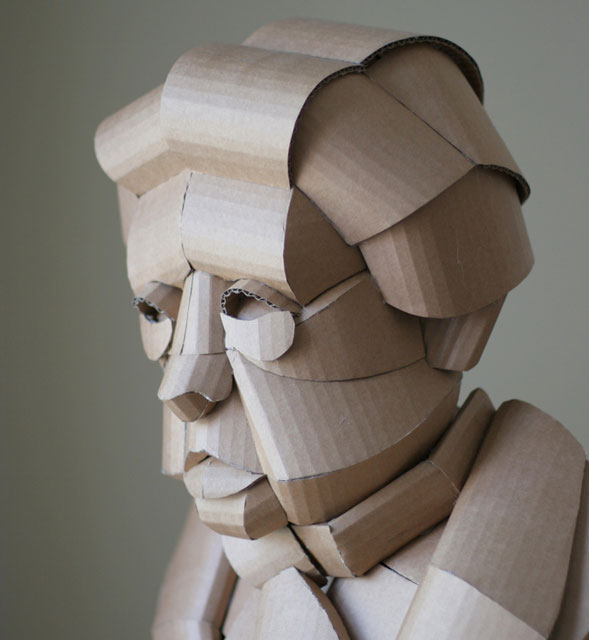 American artist warren king, through his series of cardboard sculptures, examines his own attempts to understand and reconstruct cultural connections that were lost and rediscovered. several years ago, king travelled to china for the first time, to the village where his grandparents and generations before them had lived. during this trip he was approached on the streets by people who, amazingly, had memories of his grandparents from when they had lived there before the chinese civil war. people with whom he shared a cultural, racial, and ancestral connection — but a connection that was severed when his grandparents left that place 50 years ago.