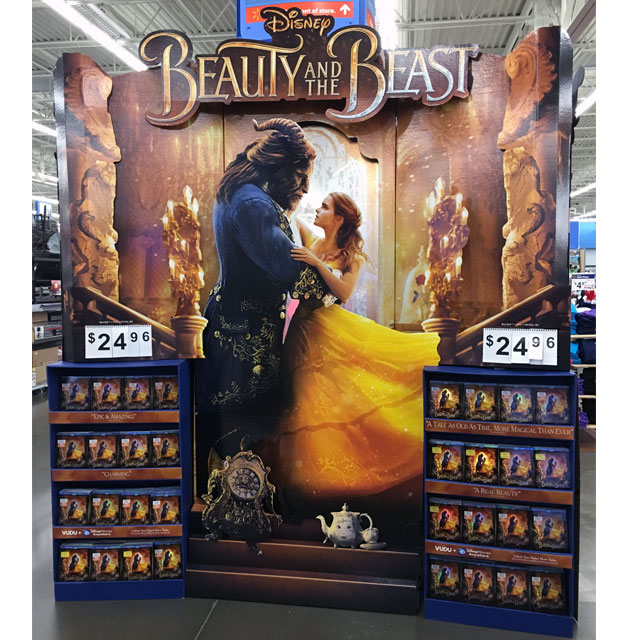 Walmart and Disney recently partnered up to deliver an in-store performance for the latest installment of Beauty And The Beast. Having grossed over $1 billion worldwide, and over $500 million domestically in less than 3 months, Disney’s newest Beauty and the Beast is based on their 1991 animated musical which is the story of a monstrous-looking prince (Dan Stevens) imprisoned in the form of a beast, who can be freed only by true love, and Belle (Emma Watson), the only human girl to visit the prince’s castle since it was enchanted. 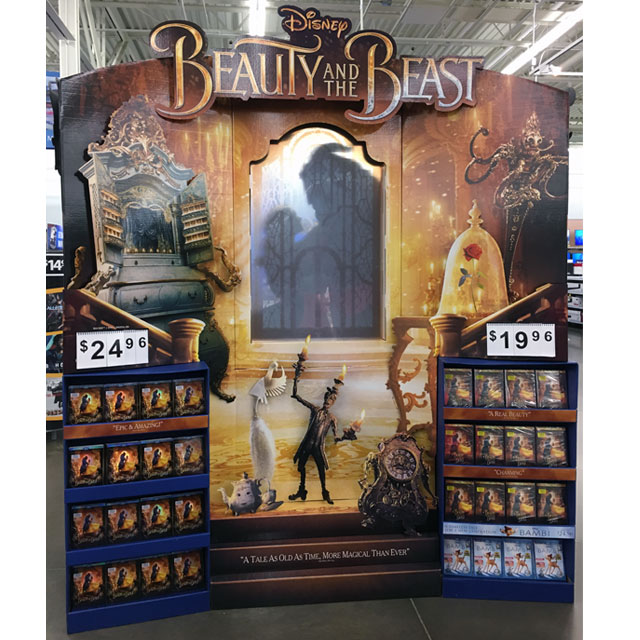 Disney brought the magic and aura of Beauty And The Beast to retail for their special Blu-ray release. The commanding, two-sided floor display provides a stunning visual experience because of its sheer size and attention to detail with the graphic work. Check out how the main characters silhouettes appear in the window on the reverse side…..clever!

Beauty and the Beast Movie Standee

If you’re interested in viewing more Disney displays, go to our image gallery and type the word disney into the search box.

Sustainability, price and reliability…………not in any particular order, are just a few criteria most everyone looks for when making a purchase.  Known for creating products that embody those characteristics, the Marley family business is built on […]