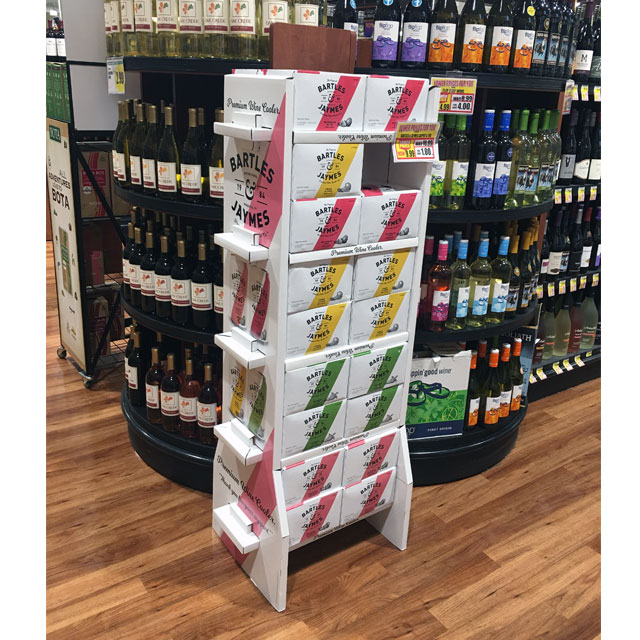 Since 1984, Bartles & Jaymes has been recognized as the wine cooler pioneers. Remember those two older gentlemen characters, Frank Bartles and Ed Jaymes, who sat on a front porch and related their new discoveries or projects on which they were working? The characters were patterned after two men who started a little winery which eventually became the Ernest & Julio Gallo Winery. Occasionally ads would be a twist on the idea of senior citizens or folksiness, such as having the pair fly an old-fashioned biplane over a beach, then airdrop crates of their product which were received by grateful young party animals. Bartles did all the talking, and ended each commercial with the tagline, “… and thank you for your support.”[1]

Wine coolers nearly became extinct in the United States (US) by the early 1990’s due to changes in excise tax laws. In 1991, the US Congress raised the federal excise tax on wine from $0.17 / gallon to $1.07 / gallon. This made wine blending (wine coolers) unprofitable and brought in the era of the malt liquor beverage, which are less expensive to produce than wine, but also have a much lower federal excise tax.

Buoyed by their history and brand recognition, Bartles & Jaymes was recently spotted at Harris Teeter promoting their wine coolers with this floor display. The structure utilizes mortise and tenon style shelves that fit through slots on the thick side panels. Small corrugate roll-ups kept the shelves from shifting left to right and also added rigidity. The overall presentation is nice and clean………..looks like a few of the shelves were assembled upside down but aside from that, nice off-shelf merchandiser.

For over 40 years, Woodbridge Wines founder Robert Mondavi has been making quality wines for wine lovers around the world. This past March 2020, Woodbridge Wines inked a first-ever deal to become the official wine […]