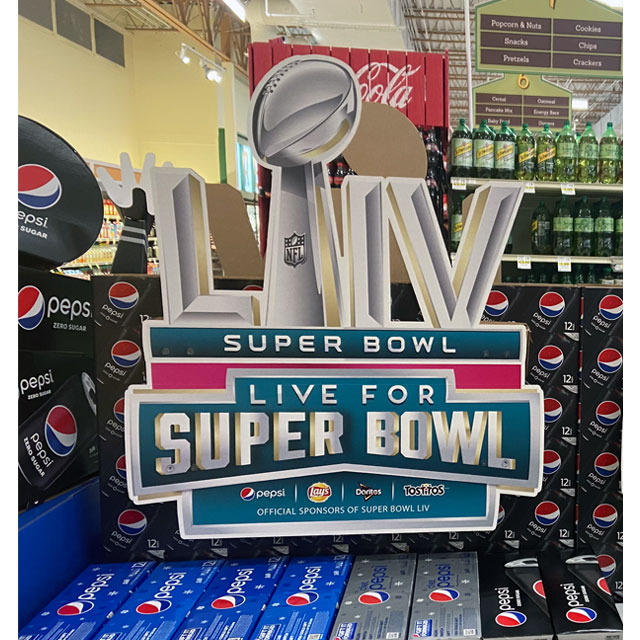 On February 2, 2020, Miami Florida will be hosting Super Bowl 54 to decide the champion for the NFL’s 2019 and 100th season. Pepsi, a sponsor for the big games halftime show since 2012, will take the reins again at this year’s Super Bowl halftime extravaganza which will be co-headlined by Jennifer Lopez and Shakira.

“The NFL has generated some incredible moments over the years, creating a celebratory spirit among its fans and players that is unrivaled.  Whether it’s an energetic spike, a choreographed end zone dance, or a ‘shout out loud’ moment in your living room, football consistently brings out some of the most unapologetic celebrations – both on and off the field.  The passion of its fans and players alike is what fuels the season and inspired our latest campaign,” said Todd Kaplan, Vice President, Marketing – Pepsi. “Celebrating 100 seasons of the NFL this season is the perfect time for Pepsi to partner with our league, team, and player partners to create and showcase even more of these moments for our fans.”

Pepsi, who has been the official soft drink of the NFL for more than 17 seasons, rounded out the campaign with a purpose-driven marketing partnership with the United Way. 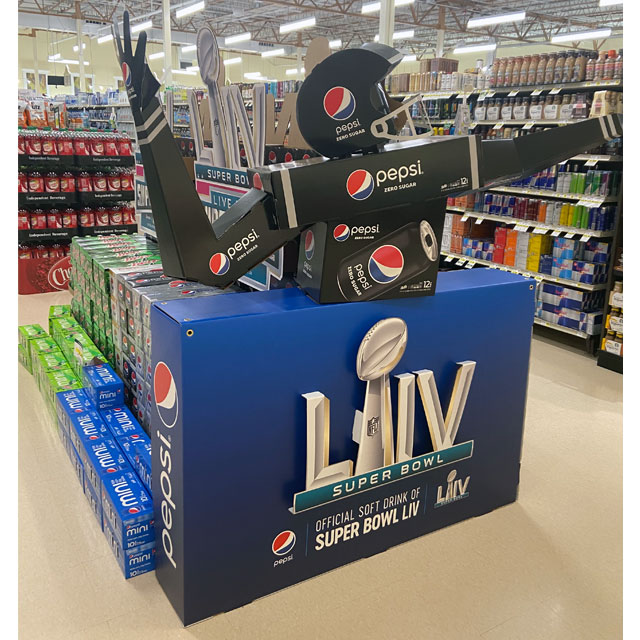 As in years past, Pepsi has flooded retail spaces with lots of promotional collateral for Super Bowl 54. The display shown above is one of the brands’ many efforts to support the Pepsi line of products which were all neatly stacked in front of additional NFL-related signage. Love how the design included grommet holes for retailers who wished to hang the Super Bowl display.

About PepsiCo
PepsiCo products are enjoyed by consumers more than one billion times a day in more than 200 countries and territories around the world. PepsiCo generated more than $64 billion in net revenue in 2018, driven by a complementary food and beverage portfolio that includes Frito-Lay, Gatorade, Pepsi-Cola, Quaker and Tropicana. PepsiCo’s product portfolio includes a wide range of enjoyable foods and beverages, including 22 brands that generate more than $1 billion each in estimated annual retail sales.

Guiding PepsiCo is our vision to Be the Global Leader in Convenient Foods and Beverages by Winning with Purpose. “Winning with Purpose” reflects our ambition to win sustainably in the marketplace and embed purpose into all aspects of the business. For more information, visit www.pepsico.com.

Festive and Smooth Along with many seasonal craft breweries across the US, Samuel Adams is gearing up for the holidays with their limited release Winter Lager. Winter Lager’s rich malt notes with a carol of […]

Inspiring The Mind And Body LIFEWTR is a premium bottled water brand committed to advancing and showcasing sources of creativity. The brand believes inspiration is as essential to life as water, because it unleashes our […]